Bryan-Bennett Library is one of six sites in Illinois chosen to host a traveling exhibit entitled Voices and Votes: Democracy in America. The exhibit will be on display in the newly redecorated Large Meeting Room at Bryan-Bennett Library for five weeks beginning on August 28, 2021 and concluding on October, 2, 2021.

Voices and Votes: Democracy in America examines questions stemming from the leap of faith taken by the American revolutionaries who established a government that entrusted the power of the nation not in a monarchy but in its citizens. Who has the right to vote? What are the freedoms and responsibilities of citizens? Whose voices will be heard?

Voices and Votes, a Museum on Main Street exhibition, will enable visitors to have a Smithsonian quality experience without traveling to Washington, D. C. as this exhibit is based on a current display at the Smithsonian Institute’s National Museum of American History entitled: “American Democracy: a Great Leap of Faith.”

More on Voices and Votes

“The Great Leap” introduces visitors to the context and main controversies behind America’s democratic system. It poses central questions such as: What were the principles and events that inspired the writers of the Declaration of Independence and the Constitution? Just how revolutionary was our new democracy led by the people? And who would be included as “the people?” How would they make their voices heard?

A Vote, A Voice

We have a diverse body of voters today, but not every American has had the right to vote. When America was founded, voters made up a small fraction of the population. The founders only saw a world where propertied men voted on behalf of everyone else. Over the years, those who were shut out of the polls showed their desire to be heard. The fight for fair representation and a voice at the polls brought struggle and changes to our country since our founding.

The Machinery of Democracy

We participate in the political system through state and national parties, nomination conventions, and stomping for our candidate of choice. These informal institutions and activities that are not specified in the Constitution are nevertheless all a part of the machinery that keeps democracy running. It all comes down to getting people to go out and vote.

Americans of every ethnicity, class, and state share the revolutionary spirit of rising up and speaking out. The First Amendment to the Constitution guarantees this right to peaceably assemble and petition the government. Whether by carrying signs and petitioning with our feet or lobbying our representatives, there are many ways citizens can make their voices heard.

What does it mean to be a citizen? What are the rights and responsibilities of American citizens? Does America need a shared national identity? These are basic questions that our founders left unanswered. Future generations of American citizens have faced these questions ever since. In schools, public forums, and even popular culture, we debate whose history gets to be told. The conflict between multiculturalism, assimilation, and discrimination plays out every day in America. And we all must balance our rights as well as our responsibilities as citizens. What does being a citizen mean to you?

Please feel free to visit the exhibit during the following hours.

Illinois Freedom Project
Illinois Freedom Project, hosted by Marion County Genealogical and Historical Society, explores the pursuit of civil rights by and for African Americans in Illinois. It looks at the people, places, and events of Illinois from the 18th through early 20th centuries that wrote the history of slavery, in justice, adversity, and ultimately freedom. “[It] provides a glimpse into the struggles and victories of African Americans in Illinois. We are thrilled to be able to partner with Museum on Main Street and Illinois Humanities and look forward to working with the host organizations in presenting the Illinois Freedom Project traveling exhibit.” –Tim Townsend, superintendent of the Lincoln Home National Historic Site in Springfield and one of the exhibit coordinators

For more information on the Illinois Freedom Project, visit their website.

William Jennings Bryan
Produced by the City of Salem Historical Commission, this exhibit will provide insight into William Jennings Bryan, a Salem native who rose to national leadership as Secretary of State for President Woodrow Wilson. The exhibit addresses the 1896 Presidential Election, in which Bryan was the Democratic candidate who was defeated by Republican William McKinley. This exhibit is an extension of the newly opened Salem Area Historical Museum.

Storywalks
Tuesday, August 17 – Friday, October 1
Two Storywalks are available for families. The walking path in Bryan Memorial Park will feature the book Around America to Win the Vote: Two Suffragists, a Kitten, and 10,000 Miles. Parking is available at the beginning of the trail near the intersection of College and Boone. The Voice That Won the Vote will be the featured book at Bryan-Bennett Library. Park in the North parking lot. The ending is by the rose bushes.

The 19th Amendment
Thursday, September 16 at 6:00 PM
Phil Passen, singer and hammered dulcimer player, will perform “March of the Women: Music for the 100th Anniversary of Suffrage.” Phil Passen has been a Scholar in Illinois Humanities’ Road Scholars Speakers Bureau program. There will also be a dress display featuring local women.

Election Management
Thursday, September 23 at 6:30 PM
Marion County Clerk Steve Fox will present a program about the management of elections.

Little Egypt Festival
Saturday, October 2
The annual Little Egypt Festival which features a 5K Run, Parade, and more, takes place annually on the first Saturday in October. Learn more about the Festival on their Facebook page. Southern Illinois is sometimes nicknamed “Egypt” or “Little Egypt.” Learn why from our Southern Illinois Wonders radio segment: “Egypt featuring Mike Jones” (Aired: March 12, 2014). Listen to other segments in this program at ilhumanities.org/program/southern-illinois-wonders.

There will also be an Interactive Story Kiosk and an American Experiments Traveling Trunk for educators.

A William Jennings Bryan-themed escape room will be available on Friday and Saturday evenings. Reservations are required. To make a reservation, contact the Library at (618) 548-3006.

For more information about the exhibits and events in Salem, please visit salembbl.lib.il.us or email the Bryan-Bennett Library at VVexhibit.Salem@gmail.com

More About Museum on Main Street

For more information about the exhibits and events in Salem, please visit salembbl.lib.il.us or email the Bryan-Bennett Library at VVexhibit.Salem@gmail.com.

For more information about our Museum on Main Street program, please contact Matt Meacham at matt.meacham@ilhumanities.org. 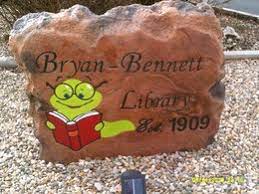