Educator Ted Williams III is an accomplished and experienced actor, speaker, facilitator, and host. He is a returning Road Scholar whose popularity amongst audiences throughout Illinois continues to grow. Through his presentations, he shares his life’s work and passion that revolves around the topics of political science and social justice via theater. His rich, dynamic presentations are something to experience.

Ted briefly describes himself and his programs…

On August 20, 1619, 20 enslaved Africans arrived in Jamestown, Virginia. The 400-year journey that followed would change a nation and the world. 1619: The Journey of a People is a dynamic theatrical and lecture experience featuring Playwright, Professor, and Performer Ted Williams III.

This one-man show packs generations of history into an abridged performance. 1619: The Journey of a People commemorates the struggles, recognizes the heroes, and critically analyzes the American journey towards freedom and equality. From the beginning of American slavery to the Reconstruction, the Great Migration, the Civil Rights Era, and modern movements for justice, Williams uses history to explain America’s current reality.

Since the world premiere in August of 2019, the production has been performed over a dozen times throughout Chicago and at various locations including Elmhurst College, Wheaton College, and Hampton University. It has been featured in the Chicago Defender, Daily Herald, WCIU’s The Jam, V103’s Chicago Speaks with Darryl Dennard, WVON’s Real Talk Real People, and on Fox32 Chicago. 1619: The Journey of a People was funded by the Illinois Arts Council and nominated for the 2020 August Wilson Award for Best Writing of Musical by the Black Theater Alliance Awards.

The presentation takes approximately 60 minutes, including a Q and A with the audience. No equipment is required.

The current American political climate is notoriously full of acrimony and vitriol. Research suggests that the partisan division in the US electorate is widening as Americans increasingly segregate by class, geography, and ideology. Are we hopelessly destined for a future of political combat in which Americans are unable to even hear the other side? What if bringing us a little closer was as simple as changing the political language we use?

From issues of race to the role of government, language plays a significant role in fueling political division. For the sake of simplicity and expediency, we often reduce controversial conversations to sound bites, hashtags, and the language of marketing campaigns. Terms like conservative and liberal, black and white, pro-choice and pro-life, gun control, and illegal immigrant all are loaded with a set of definitions and often erroneous assumptions that drive intense emotion. For example, the word “black” means evil and wicked. The word “white” means pure and innocent. When these terms are ascribed to human beings, why would they not evoke feelings about character, superiority, or the perceived threat or guilt of groups of people? If someone is pro-choice, are they pro-abortion? If a person is pro-gun control, are they against the second amendment? Does being for the ‘dreamers’ mean that one is against national borders? What does support for the #BlackLivesMatter movement say about positions toward other ethnic groups? Are people rigidly and consistently either conservative or liberal?

This talk is designed to change the way we discuss politics. As a former candidate for public office and someone who has spent a career having difficult conversations around the topics of religion and politics, Ted Williams III has had a plethora of experiences navigating these dangerous waters. Particularly online, our political discussions are filled with animosity. The Trump era has exacerbated this problem, although it did not start these divisions. In this presentation, Williams shares multiple stories of both positive and negative interactions both online and face-to-face. After this, Williams explores current research on the topic. Particularly important is UPenn’s recent study on the manipulation and division surrounding the online Common Core debate, and a University of Houston study identifying a correlation between anonymity and incivility in our political discourse.

Drawing from additional social science research about the use of language in sales, Williams argues that simple changes in the way we speak will have a significant impact. The potential for changing language in our political discourse is tremendous. Williams argues that the usage of many soundbite political terms unnecessarily widens the gaps between us and subconsciously justifies bias and inequality. Most political labels in general create false choices and fixed ideological camps that encourage an “us against them” mentality. By changing the terminology that we use in our civil discourse, we can turn down the volume in our conversations; We may realize the commonality of our aspirations and that a commitment to respectful pluralism provides us all with a space to co-exist.

The presentation takes approximately 60-75 minutes, including a Q and A with the audience. A projector and screen is required. 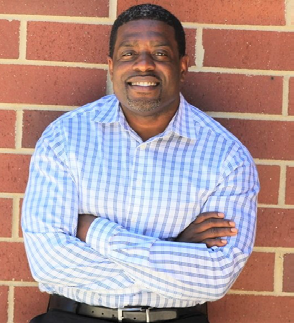 Ted Williams III is an actor and author who is a Political Science faculty member at Kennedy-King College and a graduate of the University of Chicago and Rutgers University. He is the former host of WYCC-PBS television’s The Professors weekly talk show and has provided political commentary for a host of local and national media outlets. He has appeared in commercials for companies including Subway, Cheerios, and Empire Carpet, and recently appeared in the films Human Zoos, The Christmas Thief, and on NBC’s Chicago PD, and Showtime’s The Chi. Additionally, he is the author of the production TORN the Musical, and of the book The Way Out: Christianity, Politics, and the Future of the African American Community.

Williams is a former candidate for the Chicago City Council and the creator of the production 1619: The Journey of a People. 1619 was nominated for the 2020 August Wilson Award for Best Writing of a Musical by the Black Theater Alliance Awards.

Step 2
Once you and Ted have agreed upon a date and time, complete the Road Scholars Host Organization application.