As a statewide nonprofit, Illinois Humanities’ mission is to activate the humanities throughout all of Illinois, particularly for counties and towns in rural areas and small arts and cultural organizations.

The goals of this three-year effort are:

“People are hungry for things to fill their soul,” said a resident of Fulton County in West Central Illinois. “They are starved for community, culture, things that make us laugh, feel and connect.”

Over our five-decade history, we have come to understand that the most powerful impacts of arts and humanities in rural communities occur when they are leveraged to bring people into conversation and collaboration with one another. Our project will not only increase grant-making in rural Illinois communities to support humanities and arts organizations, but will also strengthen organizations through capacity building, community building, and peer skill sharing over the course of three years.

We intend to bolster and highlight the existing arts and humanities work taking place in rural communities across Illinois while helping to foster and activate community connections, collaboration, and engagement to support centers of gravity “hubs” for the humanities in our state.

Rural and small-town nonprofits are disproportionately overlooked in funding, capacity-building, and convening opportunities. In Illinois, funding is traditionally less accessible for organizations outside of the Chicago metropolitan area due to eligibility, geographic location, size and capacity. Rural communities in general suffer from “invisibility” to traditional funders in Illinois and beyond.

In Illinois, a 2017 analysis from Forefront found that Cook County benefited from 78% of grant dollars awarded to recipients in the state and 71% of the number of grants. Despite minimal financial resources, rural nonprofits often respond to these challenges with creative problem-solving and by implementing innovative solutions through building peer networks and fostering partnerships to meet the needs of their communities.

As a statewide organization with deep relationships and partnerships in communities across the state, Illinois Humanities is eager to deliver grant dollars, grow capacity, and build community connections in areas of the state that are often overlooked.

The adjective “rural” is notoriously difficult to define, and its usage varies widely from one context to another. For purposes of this initiative, Illinois Humanities proposes to consider an organization “rural” if it meets at least two of the following four criteria:

We will revise these criteria as needed based on input from partner organizations and consultants.

Foreground Rural Initiative is not currently accepting applications for grants. 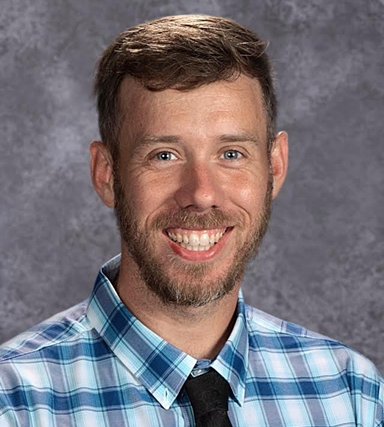 Joe Brewer is a social science and history teacher at Cuba High School where he also directs the school’s Forgottonia Project.

Joe received a degree in Social Science Education from Olivet Nazarene University and an MA in sociology from Western Illinois University.

Brewer resides in Cuba, Illinois and enjoys reading, coaching, wrestling with his dogs, and spending time with his wife and stepsons. 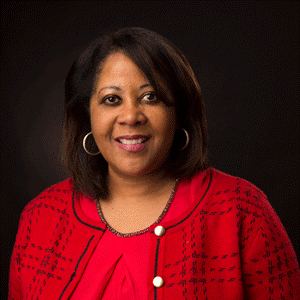 More on Lynne in her own words:

“If it bothers you that I have a song for every topic we discuss, we can’t be friends.” –Unknown Facebook Philosopher

Yes, I am she . . .also the one you find dancing in the aisles, and sitting in front of a canvas, raw or painted, in deep dialogue. I simply love all things art and all things living. (Unabashadly, unashamedly and unapologetically so).

Legacy Training, Inc. is about life, so a bit about mine. Born in Chicago, Illinois, our family relocated from 64th and King Drive to Grand Chain, Illinois circa 1963. (Family was my mother, her parents, and I.) “Daddy” made a valiant effort to be a farm guy (think Green Acres, the sitcom from the 70s), but soon returned to the life he knew and loved as a nightclub owner. From age 11 to 17, my life was school and the “Club.” What better training for a future teacher, social worker, entrepreneur and lawyer?

My grandparents believed with every fiber of their being that “education is the antidote for poverty.” They also believed in me. I am honored to continue the legacy . . .and honor their love for the peaceful life and community they found in southernmost Illinois. 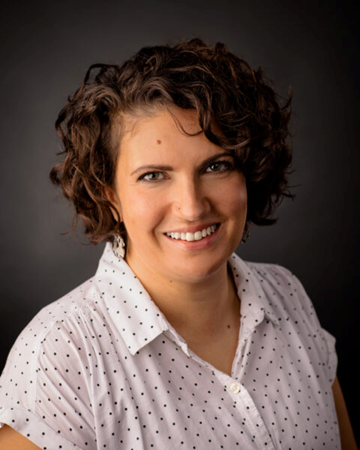 Erin is the Executive Director of HUB Arts & Cultural Center in Rushville, Illinois. Having worked as an art teacher for 13 years previously, she has a demonstrated history of working in the art industry, and is skilled in art education and fine art practices.

Note: HUB Arts & Cultural Center is an Illinois Humanities grant recipient. The organization was featured in our Grantee Spotlight in March 2022. Erin Eveland was interviewed as part of this feature. Check it out! 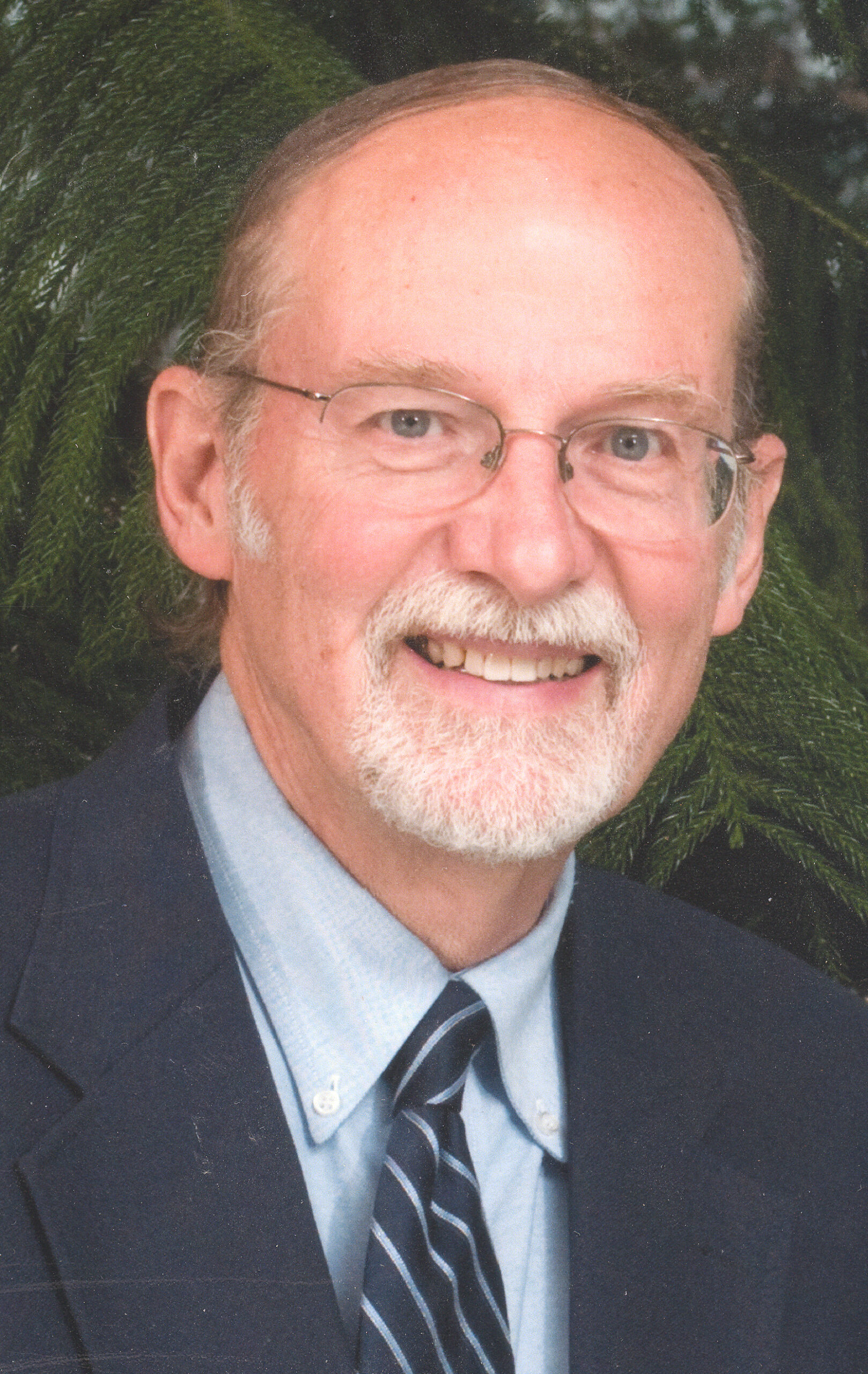 Dr. Hallwas is Distinguished Professor Emeritus at Western Illinois University where he taught for 34 years. He is the author or editor of thirty books related to Illinois history and literature, various plays based on Illinois history, and hundreds of articles on the same topics for journals, magazines, and newspapers.

Over the years, Dr. Hallwas has spoken in 150 Illinois towns on a variety of Illinois-related historical and literary topics. He has published articles or book chapters on more than 100 writers from Illinois, and is the most well-published scholar in the field of Illinois literature. An Illinois television program that features many of those authors is A Sense of Place in Illinois — with Writer John Hallwas (2020). Since 2016 he has written a column titled Forgotten Voices from Illinois History for Illinois Heritage magazine published by the Illinois State Historical Society. 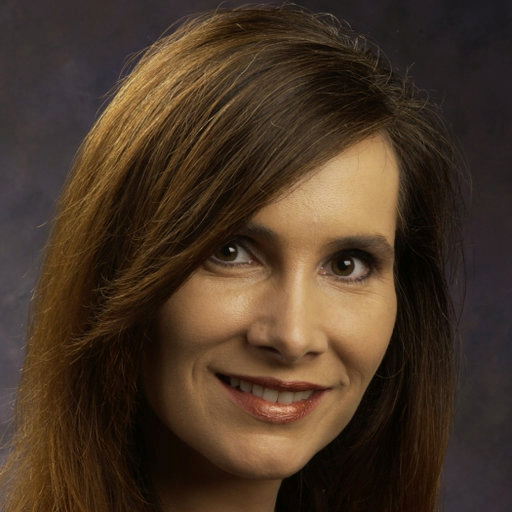 Gisele currently serves as Director of the Mapping the Future of Your Community program, a unit of the Illinois Institute for Rural Affairs at Western Illinois University. She manages the AmeriCorps Volunteers in Service to America (VISTA) program at IIRA as well as other community technical assistance grant-funded projects.

Gisele earned both a BS in agricultural business in 1989 and an MA in economics in 1991 from Western Illinois University. She has published several articles in national and state outlets on various rural development issues. 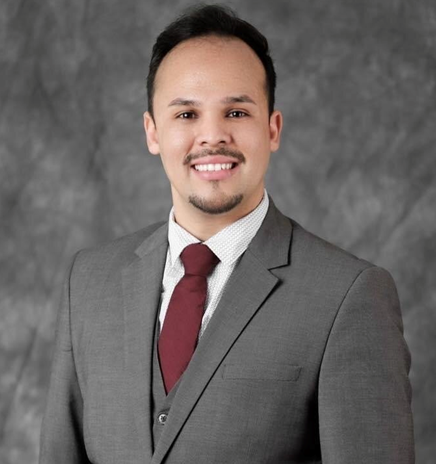 Previously, Ricardo was Field Representative for Congresswoman Cheri Bustos, a community organizer at Illinois Coalition for Community Services, and an advocate for out-of-school youth at Illinois Migrant Council. 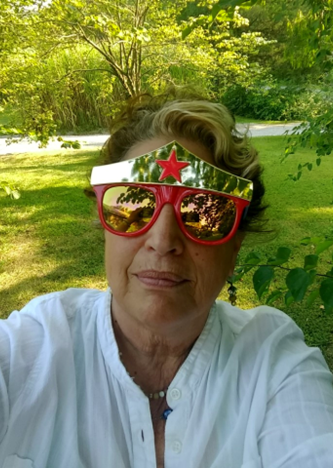 Sandra Pfeifer has been a social issue documentary filmmaker and media artist for more than twenty years. Her work, which addresses a variety of social concerns, has been presented to audiences throughout the United States. She has received multiple awards for her documentary films that have also been aired regionally on PBS.

Pfeifer is a board member at the Yeiser Art Center, a media artist with the Wastelanders Artist Collective and a film graduate of Southern Illinois University. She also attended Goddard College’s MFA program in Interdisciplinary Arts. 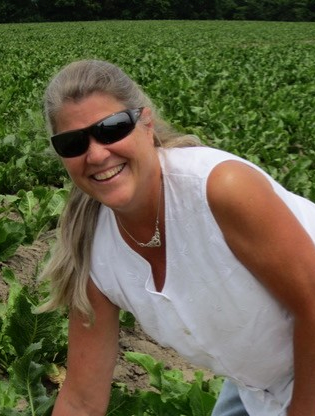 Kay has researched southern Illinois history for more than thirty years and has lectured widely on the Civilian Conservation Corps and river work in the region. Currently serving on the board of the Jackson County Historical Society, she was a program liaison for Illinois Humanities for many years. 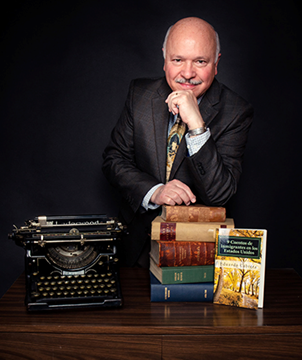 Dr. Cabrera is Professor Emeritus of Spanish at Millikin University. A writer, theatre researcher, and critic, he has published a number of articles and books about literature, theatre, culture, and politics in professional journals all around the world.

Dr. Cabrera received his BA in psychology, an MA in Latin American literature from Cal State-Los Angeles, and a Ph.D. in Spanish from the University of California, Irvine. He is also one of the leaders of the AP Spanish Literature and Culture program of the College Board. He is an Illinois Humanities board member.

This year, Illinois Humanities introduced a first-of-its-kind program dedicated to supporting the arts and humanities…

A note on our VAM grant categories

Learn more about our Grant Offerings