Illinois Humanities is pleased to welcome six dynamic new members of our board and staff. At the organization’s January board meeting, Antoinette Burton, Maybelle Leland Swanlund Endowed Chair of the History Department at the University of Illinois at Champaign Urbana, and Julio Paz, MBA, Chief Development and External Affairs Officer at Chicago Commons, were elected to the board of directors. Burton and Paz add to the board’s expertise in grantmaking, public programming, and fundraising.

The organization also welcomed new faces to its staff with four new staffers joining Illinois Humanities in the fall. Mary Daniels and Vicki Garza joined as senior director of programs and director of finance, respectively, rounding out the organization’s leadership team. We also welcomed Grants Program Manager Joanne Hsu and Special Projects Manager Martin Matsuyuki Krause who will support our capacity building, grantmaking, and programming for humanities organizations across the state. Earlier in 2022, we also welcomed Director of Statewide Programs Fairouz AbuGhazaleh to our team in this new role, and Madeline Cruz, administrative coordinator, who makes our work possible across the organization.

Learn more about our new community members below. 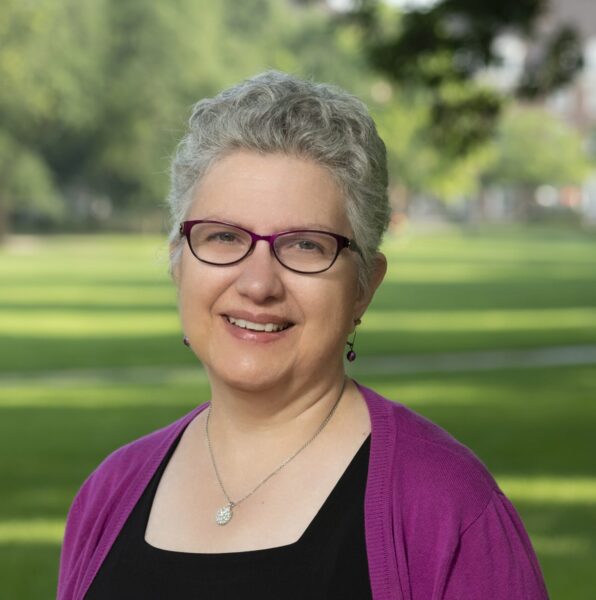 Antoinette Burton is the Maybelle Leland Swanlund Endowed Chair of the History Department at the University of Illinois at Champaign Urbana. She directs the Humanities Research Institute, which fosters interdisciplinary study in the humanities, arts and social sciences at the University and which administers the Humanities Without Walls Consortium and includes an Odyssey course as part of its programming. She holds a B.A. from Yale University, and an MA and PhD from the University of Chicago. She is a historian of 19th and 20th century Britain and its empire, with a specialty in colonial India and an ongoing interest in Australasia and Africa. She’s written on topics ranging from feminism and colonialism to the relationship of empire to the nation and the world and has edited collections about politics, mobility, postcolonialism, and empire. At Illinois she has taught courses on modern British history and imperialism, gender and colonialism, autobiography and the archive, approaches and methods and world history. She is currently working on a Bloomsbury series on the cultures of western imperialism and a Duke University Press series on history teaching.

Julio Paz, MBA, is the Chief External Affairs Officer at Chicago Commons. Their mission is to empower individuals, families, and communities to overcome poverty and systemic barriers, embrace opportunities, and thrive across generations. Julio’s work focuses on strategies for fundraising, communications and marketing, and government relations. Prior to joining Chicago Commons, he served in leadership positions at The Resurrection Project, Mercy Housing, and Project Exploration. He is passionate about community development, philanthropy, and partnerships as tools to achieve social justice. He is a co-founder and member of the St. Ignatius College Prep San Ignacio Society, board member of the Chicago Mariachi Project, and a member of the Association of Fundraising Professionals. He holds a BA in English from the University of Chicago and an MBA from DePaul University’s Kellstadt Graduate School of Business. He served as a Leadership Greater Chicago Fellow (2022) and as a University of Chicago Civic Leadership Academy Fellow (2016). 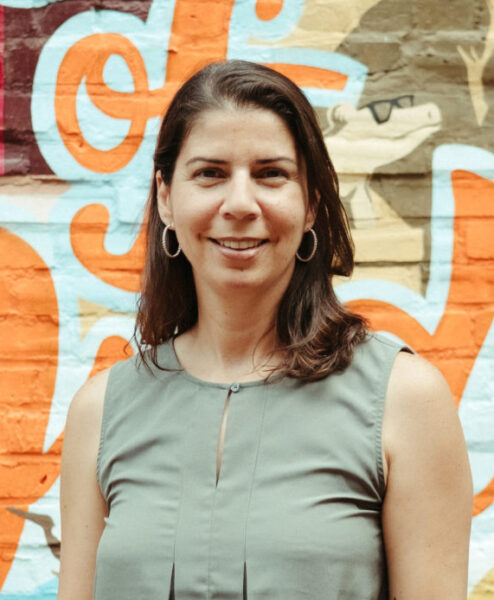 Fairouz AbuGhazaleh joined Illinois Humanities in March of 2022 as the Director of Statewide Programs. Prior to this, she was the Director of Immigrant Outreach at the New American Welcome Center at the University of Illinois YMCA in Champaign. She also coordinated an immigrant and refugee integration program in rural Colorado as part of a larger statewide initiative. She has worked as a women’s rights advocate, a journalist in the Middle East and a freelance writer and translator. She has published articles in the National Civic Review, the Denver Post, Minnesota Women’s Press, the Daily Iowan as well as several publications of the University of Iowa International Programs. Fairouz majored in journalism and sociology at the University of Iowa and later returned to Iowa City for an MA in International Development, which focused on women and economic development. 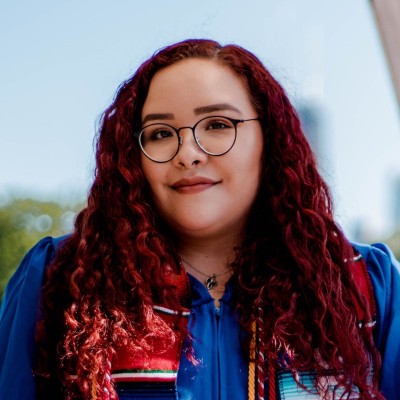 Madeline (Maddie) Cruz studied Journalism and Latino Media & Communication at DePaul University. As Administrative Coordinator, Maddie provides general office support and oversees reception functions since her arrival in March 2022. She also serves as the executive assistant to the executive director and supports the Manager of Operations and Human Resources with administrative planning, meeting coordination, document creation and distribution. Prior to joining Illinois Humanities, Maddie supported students and families as the Bilingual Office Coordinator for Maestri Tutoring. She also explored her passion for investigative and community journalism through internships at In These Times Magazine, Telemundo Chicago and WTTW’s Chicago Tonight in addition to being a Chicago Documenter for City Bureau. 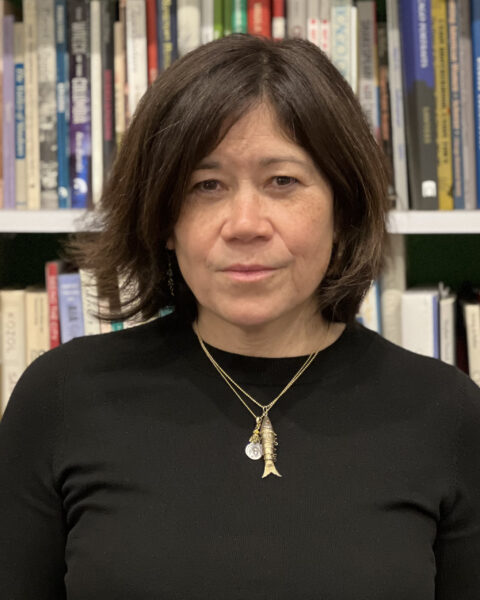 Mary Daniels is the senior director of programs at Illinois Humanities, which she joined in November 2022. She comes to Illinois Humanities from a long career in higher education, serving in both faculty and administrator roles. Most recently, she served as Associate Provost for Academic Innovation and Strategic Initiatives at Chicago State University, where much of her work focused on equity in college education attainment. Prior to that, she served as Associate Dean for Bridge and Partnership Programs at the University of Chicago Graham School of Continuing Liberal and Professional Studies. At Graham, she led the expansion and creation of a wide range of innovative, high-impact programs rooted in the liberal arts. Some notable partnerships include an urban sustainability training program for mayors from China’s biggest cities; interdisciplinary “big questions” courses for high school students in Bangalore, Hong Kong, and Beijing; and a year-long scholarship program for HBCU and HSI graduates. She has served on the faculty at Drake University and the University of Notre Dame. She holds a PhD in Political Theory from the University of Illinois, Urbana-Champaign, and a BA in Political Science from Reed College. 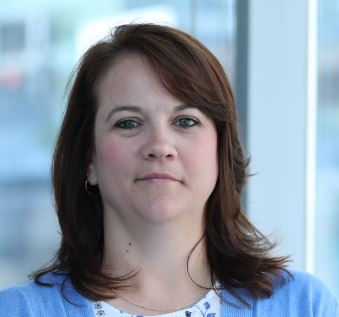 Vicki Garza joined Illinois Humanities in October 2022 as the Director of Finance. Prior to this she was the Controller for The Joffrey Ballet. Vicki has over 25 years of Non-Profit accounting experience working with various Arts and Cultural institutions over her career. She has helped institutions improve procedures and processes along with streamlining accounting functions. Vicki currently serves on a quarterly panel where she shares real world experiences in the Non-Profit Finance field to students enrolled in the Non-Profit Management and Principles Class at DePaul University. In her spare time Vicki likes to travel and explore various National Parks with her husband, three children and her dog Cody. 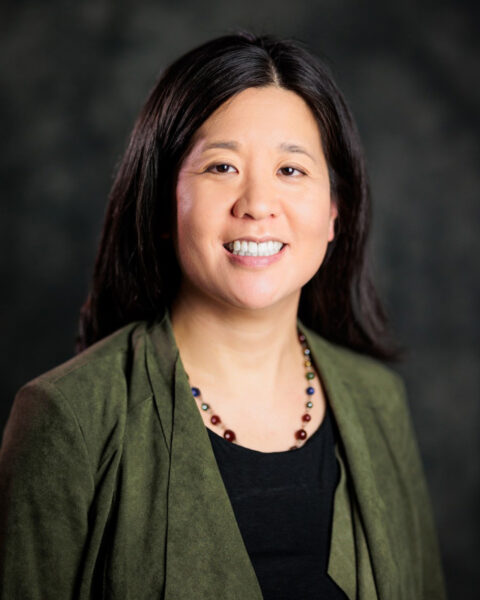 Joanne Hsu provides information on grant opportunities, guidelines, and procedures and manages grant review processes. Before joining Illinois Humanities in November 2022, Joanne worked at the Naperville Public Library, where she created library programs and was heavily involved with the Diversity, Equity, and Inclusion Committee. She was also a founding member and board secretary of Chinese American Women in Action, a non-profit based in Naperville, Illinois, and has worked as a lecturer at the University of Mainz, Germany, and in international education and teacher professional development. Joanne holds an M.A. in American Culture from the University of Michigan and an A.B. in English and American Literature from Brown University. She is a two-time winner of the Illinois Emerging Writers Competition – Gwendolyn Brooks Poetry Award and speaks German, Mandarin Chinese, and just a bit of French. 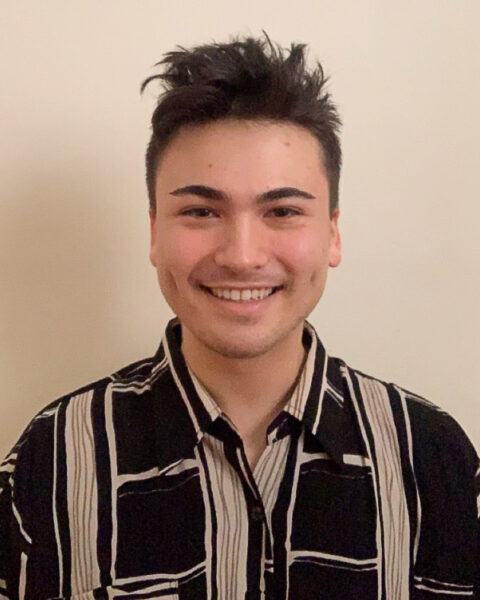 Martin Matsuyuki Krause joined Illinois Humanities in November 2022 as Special Projects Manager after working for the organization’s Sojourner Scholars Program. In this new role, they work across Public Programs and Development to deliver long term research-focused projects as well as support program operations, data capture, and partnership development. Martin’s experience unifies community building, youth advocacy, resource coordination, research, and storytelling with groundings in educational equity and the arts. They studied the philosophies of mind, art, and physics at the University of Chicago with a specific focus on the material basis of thriving, receiving a bachelor’s degree in Philosophy and Neuroscience and a master’s degree in the Humanities. Martin is also a painter, sculptor, and dog parent.

For a complete list of staff and board, visit: ilhumanities.org/about-us.