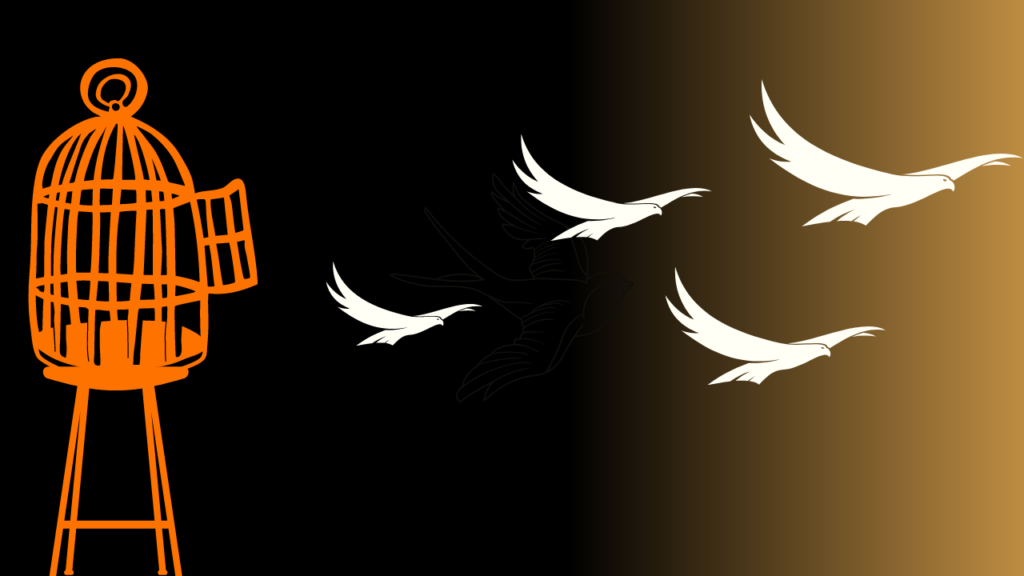 My work toward Visions of Justice: Galesburg in 2020 led me to correspond and build relationships with four men who are currently serving long-term sentences at Hill Correctional Center in Galesburg, Illinois. These four men—Brandon, Brian, Cincere, and Omar—went on to become the featured perspectives in the Galesburg edition of Visions of Justice. Though I’ve since become friends with all four of them, our correspondence initially began as a series of interview questions I sent to each:

Those early interviews fundamentally changed me; more significantly, they gave me a window into four extraordinary human beings that I’d soon realize I was incredibly fortunate to have met. Brandon has the mind of a philosopher and the heart of a friend you’ve had all your life. Brian quietly reveals a bit more of himself with every email, and each time I feel honored to have witnessed the tenderness he’s capable of. Cincere makes it his mission to mentor everyone around him, with the result that I’m always at my best when I talk with him. Omar’s auto-didactic capacity for analyzing complex theoretical frameworks rivals some of my most challenging professors from graduate school.

Though their full written interviews for Visions of Justice span dozens of pages, earlier this year I was able to consult with each to condense their interviews into poems—one poem per person using only their words as the source text. The following poems use the cento form, which interweaves seemingly unrelated lines of text into poetry collages to create something new. These poems do not feature any of my own writing, nor can they presume to capture the essence of each speaker. What I can say is that these centos show these intelligent, thoughtful, and deeply empathetic men as they have appeared to me over the past year and a half. I hope you see them as I have.

Tapping into my memory

I truly see it

telling me about stories

the good, bad, and ugly, she gave it all to me

all the future tales that have yet to be told

events that have already taken place

I knew it at such a young age

but this is only the half of it

what should have happened?

to be honest, the answer to this question has evolved

I now know that

I was viewed by society as an enemy

I was left with an overweighted sentence

there will always be

racism on an institutional level

but there must be an awakening

that the greater good trumps the individual

like the story of El Dorado, a place that was said to possess gold and riches but was never found

I have many stories of me suffering

right now I’m suffering from not being there

things that will cross my path and push me

to that light, which is the people I love

I was born with two strikes against me

I realize that from the inside looking out

the only ones who know it are the ones we tell

that’s just from the history of my people

your honor, I’ve been through a whole lot

in the right and wrong direction, most of it was wrong

but to survive to see the next day

for me wanting to live I can’t be sorry

there’s too much pain in this world

crabs in a bucket

we should not be separated

everyone is on the same level

I was surrounded by darkness

in which I suffered many losses

some overcame the darkness by not drowning

I was alive, I just needed to live

yes, I triumphed, I overcame

my story is not new

it will not be the last

for the moment it is needed

that mentality was bred within

mass incarceration ends when society wants it to end

I, my, mine cannot exist

to love what allows us to be free

I think of the times I was

rejected because I was too dark

of the times I was hunted for sport

the countless times I suffered racist assaults and indignities

the anger and fear that I felt

drove me into hatred, mainly of myself

I resented God’s choice to make me

the hatred in me needed an external target

it became too heavy for me to hold

so I gave it back

I only hated myself more for what I had become: less human

the question is: did the system punish me justly?

I’m left in here to suffer until I die

the State intends only to warehouse me in a cell

until I’m ready for a box

but that is not a concern of the State

in the State’s own words:

complete dehumanization, the kind that only hate could muster

Throughout Fall 2021, Illinois Humanities will host virtual screenings of the Visions of Justice video series paired with panel discussions focused on the communities of Bloomington-Normal, Carbondale, Chicago, Decatur, East. St. Louis, Galesburg, and Urbana-Champaign. Click here to watch the series as it unfolds and register for events.