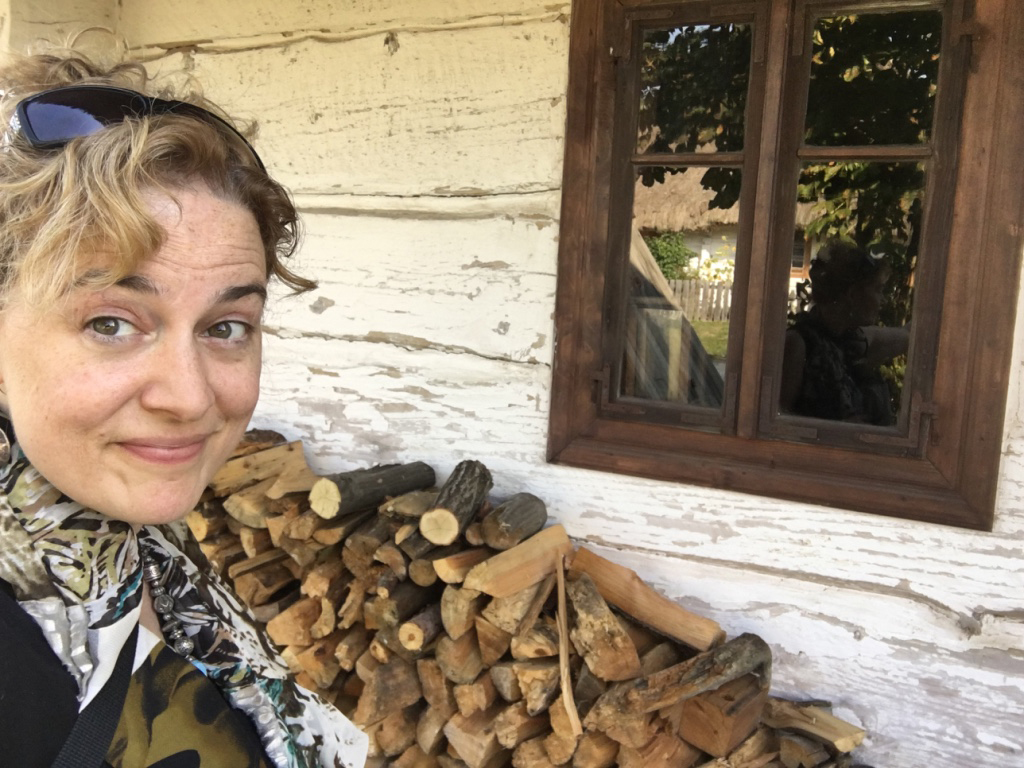 Learning about pre-Civil War history in grade school, I was proud that my state – Illinois – was a free state. But working in Chicago with immigrants, and moving to the UK to study made me realize that this history lesson was not exactly accurate.

One day at my office in the mid-1990s, an immigrant client from El Salvador explained why he wanted to reside in the US: he talked about homes with manicured lawns, calm neighborhoods, work opportunities, a future for his children… But my mind wandered: “Where DID that image of the US originate?”

This inquiry led me to a master’s in the arts, where I wrote and performed an autobiographical performance exploring my own immigrant ancestry. Later, I conducted PhD research in nineteenth-century literature, living and studying in England. Surely, there was an answer to my question – “Did it start with the pilgrims, or Jamestown, or English people?”

I then discovered the travelogues of Englishman Morris Birkbeck (1765-1825), who established a settlement in Illinois with co-founder George Flower (1788-1862) in 1817, now the present-day town of Albion. Birkbeck’s journey and writings led me to examine other nineteenth-century travelers who wrote about the US. As I researched and wrote my PhD about travelers to the early American nation, I discovered some of these writers discussed slavery; and in that discovery, I realized how very complex the reality of slavery was.

Birkbeck and Flower sought open prairies, a mild climate, and an area that was slave free. Being above the Mason-Dixon line, southern Illinois seemed like a dream come true. While Birkbeck was excited about creating “‘a lodge in some vast wilderness’” (Morris Birkbeck, Letters from Illinois), they soon noticed Kentucky farmers moving into Illinois with their slaves, and they met proslavery Illinois legislators. It became apparent that a lot of people wanted to use African slaves for agricultural work in Illinois. Flower wrote in his memoir, “for all practical purposes, this part of the Territory was as much a slave-state as any of the states south of the Ohio River” (George Flower, History of the English Settlement, 1882).

When Illinois legislators in 1823 sought a vote to amend the constitution to permit slavery, Birkbeck wrote letters to Illinois citizens in local newspapers under the pseudonym, Jonathan Freeman, followed by a pamphlet, An Appeal to the People of Illinois on the Question of a Convention (Morris Birkbeck, 1823). Citizens listened, and Illinois remained free. Birkbeck and Flower’s community continued on to champion the rights of their free African-American residents in the face of discrimination and injustice.

Back home in DuPage County, I discovered Birkbeck’s books in the basement of my hometown public library. Now a family joke (and rightfully so), the Illinois Bicentennial seems like a good time to bring stories up from library basements and into public awareness, and to tell our own stories of learning.

While Illinois was not completely “free,” perhaps this nineteenth-century story can help inspire twenty-first century Illinois citizens to stand for equality and justice today.