[This is the second part of Odyssey Project student Nicole Bond’s review of Claudia Rankine’s recent visit to Chicago. Here, Nicole talks about an evening performance at the MCA.] 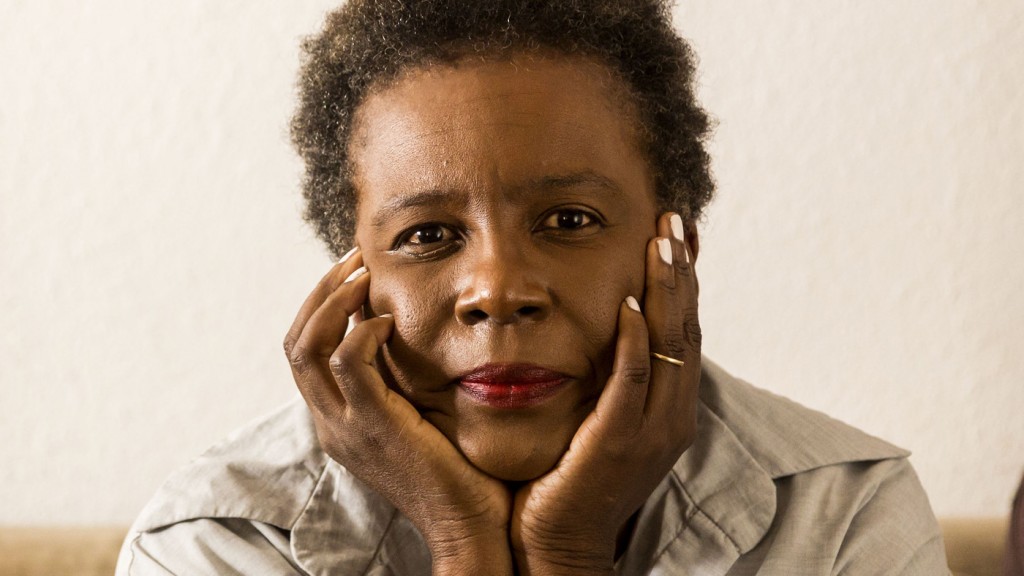 But wait there was more! Later that evening (October 31, 2015) Rankine assembled six other artist, luminary, humanitarians to give us their spin on Citizen and citizenship, at the Museum of Contemporary Art Chicago Edlis Neeson Theater.  Talk about “stepping inside a moment” – I chose a seat on a particular row for no particular reason than it was close to the front but not exactly at the front – you know, a good seat.  Shortly after, a friendly guy came with yellow tape to block off the remaining seats toward the end of the row. He threw me a smile which said without a word, I think I need another seat, to which I responded if you need me to move down some, I’ll be happy to…just one more please if you don’t mind. My pleasure, I told him. He told me you get to sit with the cast! Now that’s what I’m talking about!!! There is power in being in the proximity of art. And bragging rights in being able to say I moved out of the seat where Claudia Rankine sat. Yes, I’m an art poetry geek and many more of us converged upon the MCA’s theater space to share an evening with Claudia Rankine’s Citizen: Poetry in Performance.

Julia Price, J.V. Montgomery, Roger Reeves, Jeff Chang, Lauren Berlant, and Christine Hugh, along with Claudia Rankine, “info-tained” us with a multi-media response to Rankine’s book. The opening musical storm eased into a red, white and blue New York City, New Year’s Eve style ball drop; morphing into an ice crystallization of ideas. Video gave way to let the flute speak, the flute made a path for the poet to speak, the poet opened for the essayist, the essayist segued another poet and on and on it went. We citizens traveled together inside our own citizenship and inside the citizenship or lack thereof of others. The immigrant. The migrant. The observation of how similar those two words appear on the page. We rode down Stony Island Avenue with a driver you would not at first glance assume knew anything about it much less how to get there. We treaded water in August 2005 New Orleans. We sat in the dark. We saw the light. Rankine and her friends of the stage showed us as well as told us that regarding the crisis of citizenship poems (and art in general for that matter) are better than a lecture.