Published October 29, 2015 on the John A. Logan College website.
The original article can be found here. 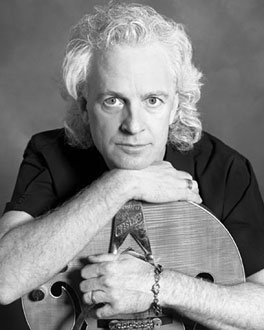 CARTERVILLE – Bucky Halker, a folk singer and historian who tours throughout the U.S. and Europe, will perform a show called “Rebel Voices: Songs of Joe Hill, Woody Guthrie, Bob Dylan, & Bruce Springsteen” on Tuesday, Nov. 3, at 11 a.m. in the Tarvin/Crisp Conference Rooms at John A. Logan College.  The event is free and open to the public.

“This show highlights the musical legacy of what most historians consider to be four of the major voices of protest music in American history since 1900,” Halker said.  “Before I play the songs in the show, I talk about the artists and the music and try to give historical context to the songs.  It’s a combination of performance and commentary.”

Halker has released 15 albums, and his newest, “Anywhere but Utah,” is a tribute CD to martyred labor songwriter Joe Hill.

“I spend a little more time on Joe Hill in the show in part because most people don’t know as much about him,” Halker said.  “He was the earliest, having died in 1915 and is the least the least known of the four.  But I sample music from all four of the songwriters and talk about the struggles and issues each one chronicled in his era.”

Toyin Fox, director of diversity and inclusion at JALC and chair of the college’s diversity advisory committee, invited Halker to perform at the college.

“We are happy to have Bucky coming to perform at Logan,” Fox said.  “He has been here before and his performances were great, very informative and entertaining.  The subject matter that the four songwriters deal with in their music, including fair wages, working conditions, immigration, immigrant rights, discrimination, and others are still relevant today and are some of the issues we address within the diversity and inclusion initiative at Logan.  I’m looking forward to seeing this show.”