The newest exhibit at the National Museum of Mexican Art entitled Deportable Aliens will feature work from the Chicago-based artist, Rodrigo Lara. Opening July 24, the show will include site-specific installations that survey politics, immigration and social justice. The work largely depicts the Mexican Repatriation of the 1930s and the relocation of individuals in the U.S. who were of Mexican descent. 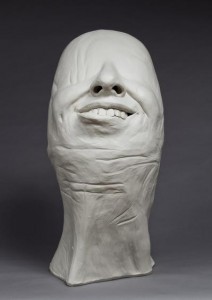 Deportable Aliens will open Friday, July 24, with a reception from 6-8pm and will be on view through February 28, 2016, in the Kraft Gallery.

A discussion on repatriation will take place on August 19 from 6 to 8pm. Curator Dolores Mercado and SAIC Professor of Art, History, Theory and Criticism Daniel R. Quiles, will talk with Lara and host a behind-the-scenes tour of the exhibit at the museum. The talk is affiliated with the Illinois Humanities program, which will be hosting a series of six events about the history and future of Latinos in the United States, titled “Latino Americans: 500 Years of History.”

The event is free and open to the public but requires an RSVP. The National Museum of Mexican Art is located at 1852 W. 19th St. Hours are 10am to 5pm daily except Mondays.