This article originally appeared online in the The Daily Sizzle, a blog section of the Chicago SunTimes. 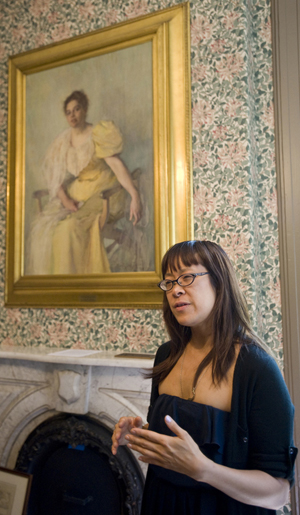 Lisa Yun Lee, director of the newly organized School of Art and Art History at the University of Illinois at Chicago, will receive the 2013 Public Humanities Award from the Illinois Humanities Council next month.

For seven years, Lee was the director of the Jane Addams Hull House Museum on the UIC campus and oversaw its renovation, which in 2012 was awarded a National Preservation Award. In 2000, she co-founded The Public Square, a program to debate and discuss social justice issues. In 2004, The Public Square became part of the Illinois Humanities Council.

“Lisa’s passion for creating spaces for open dialogue and encouraging public forms of expression has had a tremendous impact both on our organization and Chicago in general,” said Kristina Valaitis, executive director of the Illinois Humanities Council, in a written statement. “We are proud to be honoring her work and including her name along with the many remarkable recipients of this award.”

Lee will receive the award on May 21, 2013 at the Palmer House Hilton Chicago, 17 E. Monroe. For more information, click here.