This article originally appeared with a short video clip in Chicago Weekly.
By John Gamino 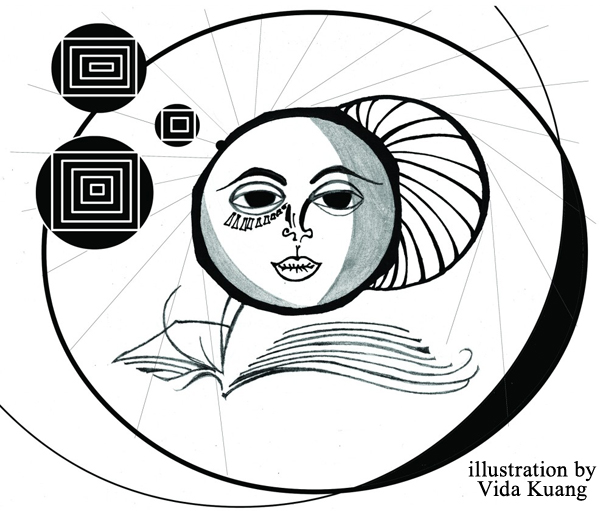 Just south of the University of Chicago, at the AKArama Center in Woodlawn, a dozen or so people gather in a seminar room. The room is reminiscent of those in which Nobel laureates and eager college students swap ideas, giving the UofC its reputation as a center for intellectualism. It is sparsely adorned, its tables pushed together to form a hollow square. It is a room designed for focused discussion, for digging into texts, and for exchanging ideas. But the students here are different. Their average age is thirty-nine. Most of them are women. All live at least 150% below the poverty line.

This is the Odyssey Project, which offers a free, yearlong introductory course in the humanities to students from underserved communities. The project is run through the Illinois Humanities Council, and the course—which covers philosophy, literature, history, and art history—is part of the Bard College Clemente Course in the Humanities, a nationwide program that confers six units of college credit. The late Earl Shorris, the Clemente Course’s founder, saw engagement with the humanities as a crucial step out of poverty. “If the multigenerational poor are to make the leap out of poverty,” he said in one interview, “it will require a new kind of thinking—reflection.”

Yet Amy Elder, an instructor at the UofC’s Graham School of Continuing Liberal and Professional Studies and the Odyssey Project’s director, has no illusions about the difficulty of such a project. She does not think the program comes close to a systemic response. It is instead “a small statement of what we believe is of ultimate value,” she says. “I feel more like Robin Hood,” she adds, noting how she uses the resources of the rich to give to the poor. “I’m not ending poverty.”

She recalls one night when a student witnessed a shooting just a block away from the AKArama Center, which is located near 62nd and Ingleside, while on her way to class. It was just before 6pm, and she was walking with her two young kids. “I don’t know what you do about that,” Elder concedes.

But she and the rest of the Odyssey Project faculty—there are four others who help teach the course at the center—do know how to teach the humanities. And, around a core of canonical texts, they have built a community of learning founded on the immediate, the practical, and the personal. Discussions draw from lived experiences, and differing opinions are encouraged. The prevailing attitude in the seminar room is that the questions matter because their answers matter. The conversation moves with a healthy sense of urgency.

Elder remembers how another student chose to act on this sense, inspired by what she learned in class to break out of an abusive relationship. “I go around telling people she broke up with her boyfriend because she read Hegel,” she remarks, pausing briefly to reflect. “But in a sense I think that’s true.”

Still, the students don’t expect to see change happen overnight. They come to the program with a very real sense of the wrong in the world, and they’re no strangers to obstacles. As one student put it, they aren’t “ignorant to life.” Many, in fact, are simply grateful to be given an opportunity they thought had passed them by. “At twenty, you might still be able to go to college; at forty, you just hope your kids will be able to go,” Elder explains.

But thanks to the Odyssey Project, the students can hope for a little more. By the end of this month, for instance, four graduates of the program will begin holding Saturday sessions on writing instruction. Many people are initially drawn to the yearlong humanities course because they want to improve at writing; some actually choose not to enroll after they find out the course instead divides topically into four subjects. The faculty had tried to come up with some way of instituting writing instruction, but it had never gotten off the ground. This would be the first structured, sustained program for writing, and when Elder brought it up in class, several students perked up.

One of those students, Janice Smith, told me she came to the program shortly after leaving a sanctuary for victims of domestic violence. With composure and quiet aplomb, she described how writing for the program had given her a much-needed emotional outlet. “I didn’t like to write because I didn’t think I could do it,” she told me, but at the Odyssey Project, they made sure she kept at it until she could. “The Odyssey Project puts people back on track,” Smith remarked. “It’s a blessing.” At fifty-one, she now hopes to go back to school and eventually become certified as a licensed practical nurse.

A friend and classmate also spoke of making progress in the wake of domestic violence. “I’ll be straight and to the point,” she said from behind me, with such buoyant assertion that I immediately turned around. “Just being in a classroom setting…I feel more motivated and more self-confident.” Her tone was proof of that. The Odyssey Project may only be a “small statement,” but for its students, it’s big enough.