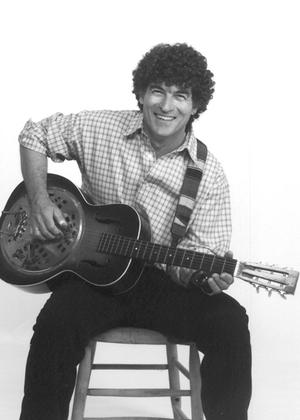 This article originally appeared in the Carmi Times.

Carmi, Ill. — Music from the 19th and 20th centuries will kick off the opening of a Smithsonian Institution exhibit on American music Saturday afternoon in Carmi.

“New Harmonies: Celebrating American Roots Music” has been brought to Carmi through the joint efforts of the White County Historical Society, the Smithsonian Institution and the Illinois Humanities Council.

The exhibit (which also has a local component) will be on display from 1 to 6 p.m. each Wednesday through Sunday (through July 10) at the historical society’s L. Haas Store Museum in downtown Carmi.

And folk singer Chris Vallillo will perform at 2 p.m. Saturday on the lawn of the society’s Robinson-Stewart House on South Main Cross Street in Carmi. Those attending should bring their lawn chairs. Admission is free.

This will be the first in a series of concerts featuring nationally accomplished artists as well as local talent, said a society spokesman. “The six concerts in seven weeks are aimed at bringing life to our musical history,” she added.