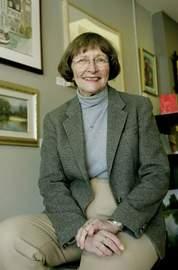 This article originally appeared in the Daily Herald.

The banging coming from the basement of the 1870s building on Main Street sounded ominous, like an old heating system gone awry.

Instead, the pounding was another indication of all the good things going on in West Chicago’s arts community,

The lower level of Gallery 200, an artists’ co-op at 200 Main St., is being remodeled to provide more space for artist workshops, classes and special events.

In the main floor gallery, surrounded by the works of 40-some member artists, Fredericka Howard admits she is “in a state of wonderment” about it all.

It was just four years ago that the city bought the old building in downtown West Chicago and offered the first floor for an artists’ co-op, rent and utility free. Howard rounded up a dozen artists to see the space. Two weeks and many volunteer hours later, the gallery opened its doors.

Howard, 75, is an artist who does colored pencil drawings of animals and rural DuPage County scenes.

And for many years, she also has been a driving force in promoting the arts in West Chicago, for which she won a 2009 Studs Terkel Humanities Service Award from the Illinois Humanities Council.

“Her dedication to promoting the arts has resulted in our city’s growing reputation as an Illinois Arts Friendly Community and a haven for creativity,” Mayor Mike Kwasman said.

Howard is quick to point out she didn’t do anything alone.

“If I did do something, I always had a support group working behind me that pushed me beyond where I thought we could go,” she said.

“I think (the award) belongs more to the community than to me. I think I was selected as a figurehead to accept it because so much has been done by others.”

Howard moved to town in 1957 to teach art at West Chicago Community High School. She met her husband, Richard, a physics and math teacher who went on to become principal. Later, Howard taught in West Chicago Elementary District 33.

She retired “for good” in 1990 to focus on her art. She was one of the first members of the West Chicago Cultural Arts Commission, which formed in 1993, and went on to serve as chairman. Under her leadership, the Commission received an Illinois Arts Council grant to design and create a mural in the historic downtown. She also created a scholarship awarded each year to a high school student pursuing an arts-related career.

She was involved over the years in many small art fairs where local artists could display their work, but she and others always maintained that West Chicago needed a community art gallery. Gallery 200 not only gives artists a place to display and sell their work, it also brings more people into downtown West Chicago for classes, workshops and evening receptions.

The vibrant, thriving arts community adds to the quality of life in the city, she said.

“There’s a sense of pride in knowing there are neighbors who are creative,” she said.

“And philosophically, I think arts – music and fine arts – push new ways of thinking. Without them, life would be pretty dull.”