Jeanne Schultz Angel is the Associate Vice President at Naper Settlement and lectures for Oakton Community College and McHenry Community College. She is a returning Road Scholar who is very popular amongst libraries and museums around the state.

Casting a Historic Vote: Suffrage for Women in Illinois

Hindsight in 2020: The Long Road to Universal Suffrage

Jeanne briefly describes herself and her programs…

Casting a Historic Vote: Suffrage for Women in Illinois

Prior to 1920, women were denied the vote in the majority of elections in the United States. The struggle for enfranchisement began with the birth of our nation and was strategized differently in our local, state, and federal elections. Despite what people today believe to be a straightforward goal, the path to women’s suffrage was infused with sexism and racism and triggered a fear of feminism whose roots are still seen today.

While wealthy women advocates played a vital role in the suffrage movement, they were not the only ones seeking enfranchisement. From attorney Ellen Martin, the first woman to vote in Illinois, to Ida B. Wells, a woman who did not let racism silence her voice, women’s suffrage has been a battle hard fought by a diverse group of activists in Illinois.

Hindsight in 2020: The Long Road to Universal Suffrage

2020 marked the 100th anniversary of the 19th Amendment which enfranchised women to vote in all US elections. Since the Seneca Falls Convention of 1848, many promoted, persuaded, and oftentimes bravely fought about equal rights under United States law. The road to enfranchisement and equal rights has had many roadblocks including Jim Crow, racism, and other prejudice, and still remains under construction through gerrymandering/redistricting, voting access, and election tampering. Explore where we stand in 2020 and where we are going as we reflect on universal suffrage in American history. 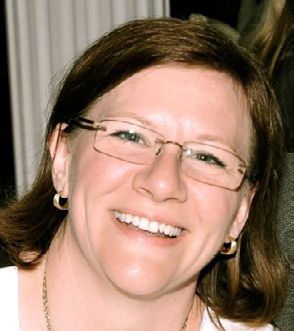 Jeanne Schultz Angel is the Director of Learning Experiences & Historical Resources for Naper Settlement. She is a nonprofit administrator and museum professional with more than 24 years working within cultural institutions. She holds a BA in Anthropology and an MA in History from Illinois State University.

Angel has been the executive director of three Chicagoland historical organizations: St. Charles Heritage Center, Lombard Historical Society/Sheldon Peck Homestead, and the Nineteenth Century Club in Oak Park. In addition, she served as the executive director of the Illinois Association of Museums. Most recently, she was the lead historian in Seeking Charlie: Connecting the Dots Left by a Freedom Seeker in Illinois, a grant funded by the Association of African American Life & History and the National Park Service.

Step 1
Contact Jeanne to schedule a date and time via email at jeanneschultzangel@gmail.com or phone at (773) 426-4885.

Step 2
Once you and Jeanne have agreed upon a date and time, complete the Road Scholars Host Organization application.