As a librarian, Jamie Poorman has many experiences with children’s programming, leading book clubs, presenting programs for public audiences and groups like the DAR. She has also taught computer courses. Outside the library, she led the local Cub Scout pack for many years and presented programs and ceremonies for the scouts and their families. She has presented programs as a board member for the Clark County Historical Society as well.

The Road was Home

Jamie briefly describes herself and her programs…

The Road was Home

In the late 1800s and early 1900s, central Illinois was often visited by the Cooper family, a traveling band of Gypsies, who traded horses, told fortunes, and made many friends throughout the area. The death of a young daughter, and her burial in Marshall Cemetery, solidified the family’s relationship with the area, and they continued to visit for many more years. The Romani families left many traces of their visits here – not only in the tombstones in the cemetery, but also tales of a Gypsy Queen’s blessing on the town of Marshall, a small frame church outside Salem, a Gypsy wagon in Findlay, and memories with those who knew them. Their travels took them over much of central Illinois, and their family roots spread all across the region.

This presentation will begin with a history of the Romani, their origins and travels, and the discrimination that they faced throughout world history. It also looks at some allied families, then specifically at the Cooper & Joles families and their travels in southern and central Illinois.

The presentation takes approximately 45 minutes, with extra time at the end for Q&A, making it approximately one hour. Visuals are presented via Power Point, which does require a laptop and projector. The audience will be encouraged to share any memories, stories, legends, etc. that they might know.

Join Jamie Poorman to explore the life and legacy of Illinois Author and pony-lover Marguerite Henry. Henry was born in Milwaukee in 1902 and moved to Illinois after her marriage, writing many of her most famous works here. She published 59 books, mostly animal tales for children. Henry was an avid library user and conducted in-depth research before visiting the places that inspired her stories. Her works won many awards, including the Newbery Medal.

In 1946, Henry visited the island of Chincoteague off the coast of Virginia for the annual “Pony Penning” week when the wild ponies from nearby Assateague Island were rounded up, swam across the channel, and foals auctioned off. Marguerite fell in love with a tiny foal, named Misty, and purchased her. When Misty was old enough, she was shipped to Illinois to live with Marguerite on her farm near Wayne. Misty lived here in Illinois for over 10 years until returning to Chincoteague to have foals of her own. Misty was beloved by the neighborhood children, then the whole country. The pony was even invited to the American Library Association conference, and national contests were held to name her foals. In 1962, when Chincoteague Island was devastated by a terrible storm, Misty saved the town and the ponies by raising money on a tour of theaters along the Eastern Shore.

Henry once wrote “Some people, by the very tone of their voices, can make a story sound exciting. But then, when you follow up on the idea, it often turns out to be little or nothing. With Misty, the reality was more exciting than the promise.” You won’t want to miss this incredible story of an Illinois author and her impact on generations of readers and an island community nearly 1,000 miles away.

The presentation takes approximately 45 minutes, with extra time at the end for Q&A, making it approximately one hour. Visuals are presented via Power Point, which does require a laptop and projector. 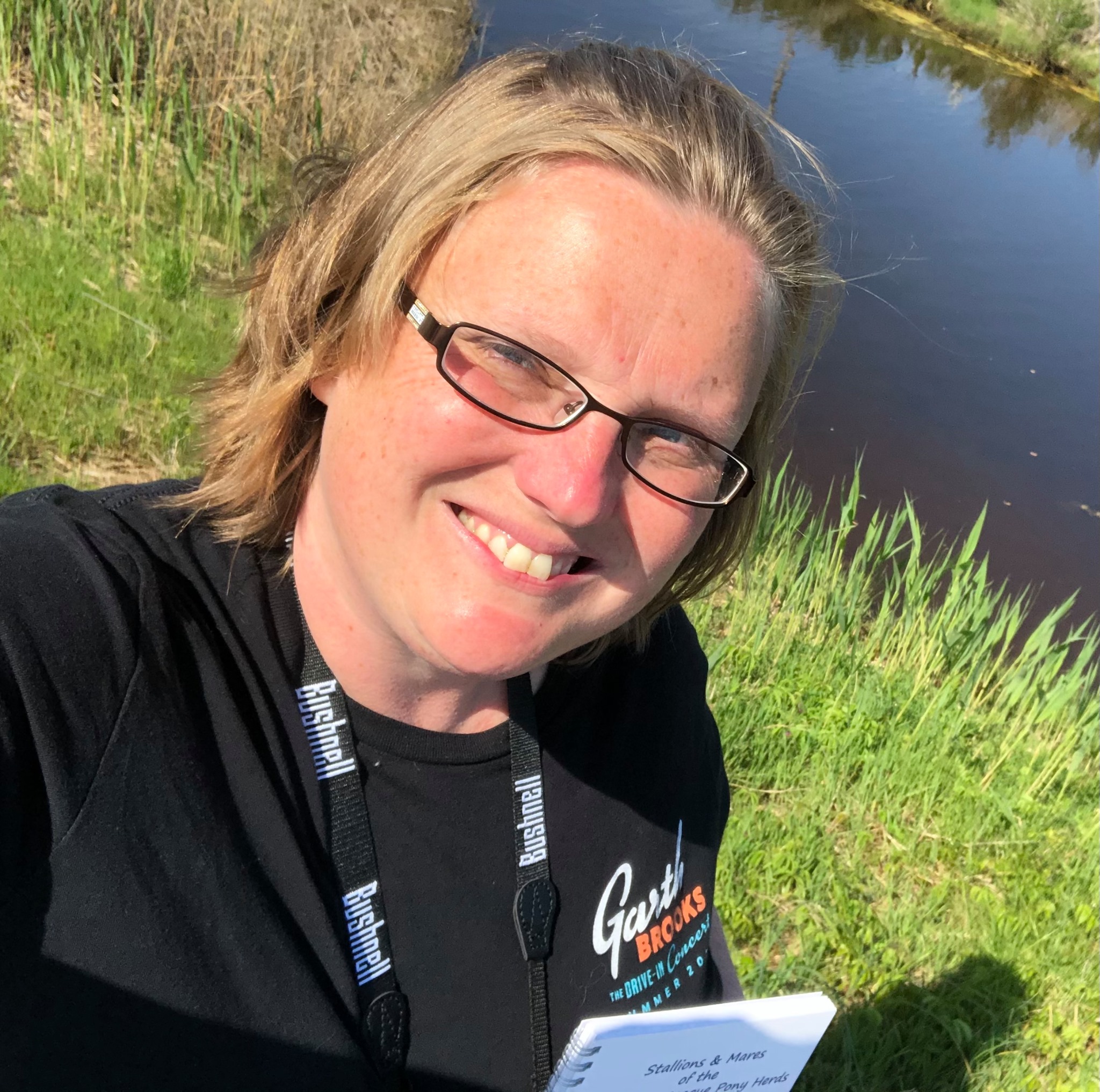 Jamie Poorman is Head Librarian at Marshall Public Library. She holds a bachelor’s degree from Indiana State University and an MSLS from Clarion University of Pennsylvania.

She is a dedicated genealogist and local historian and serves on the board of the Clark County Historical Society.

Personally, she and her family are dedicated to a small homestead raising lots of veggies, goats, Saint Bernards and one sassy Chincoteague Pony.

Step 2
Once you and Jamie have agreed upon a date and time, complete the Road Scholars Host Organization application.