About the Grantee Spotlight

The Peoria Riverfront Museum (PRM), which opened on October 20, 2012, is the largest private museum in downstate Illinois, and is an affiliate of the Smithsonian Institution. The Museum has been accredited by the American Alliance of Museums since 1973. The mission of the Peoria Riverfront Museum is “To inspire lifelong learning for ALL: connecting art, history, science and achievement through collections, exhibitions and programs.”

Founded in 2019, the Illinois Prison Project (IPP) works for a more sensible and humane prison system in Illinois by advocating for and on behalf of thousands of people who are needlessly incarcerated.

Founded in 1995 with the belief that LGBTQ+ lives could provide the lens through which universal human experiences were explored, About Face Theatre (AFT) exists to create exceptional, innovative, and adventurous theatre and educational programming that advances the national dialogue on sexual and gender identity, and challenges and entertains audiences in Chicago and beyond.

Farwell House, founded in 2016, is an arts organization that hosts exhibitions, workshops, and cultural events, as well as artist residencies. It is located in a house built in 1867 by an agricultural merchant in Frederick, an unincorporated community of fewer than 200 residents near the Illinois River in western Illinois’s Schuyler County.

The Chicago Race Riot of 1919 Commemoration Project (CRR19) exists to commemorate the worst incident of racial violence in the city’s history. Formally launched on the 100th anniversary of the 1919 riot, we believe that now is the moment for Chicago to confront its bloodiest chapter and heal the wounds that time alone has not.

Founded in 1989, Guild Literary Complex (the Guild) is a grassroots literary arts organization creating performance-based events in and around Chicago. It partners and collaborates with other community groups on social and restorative justice issues, providing arts and advocacy programming for marginalized voices. Guild programs offer opportunities for a range of voices throughout Chicago to be heard, engaging people from all neighborhoods and all backgrounds.

About League of Women Voters Naperville

Founded in 1956, the League of Women Voters Naperville (the League) encourages informed and active participation in local government through education and advocacy. It is one of more than 800 state and local leagues under the umbrella of the National League, which dates back to 1920.

Founded in 1984, Brushwood Center promotes the importance of nature for nurturing personal and community wellbeing, cultivating creativity, and inspiring learning. It is designated an Illinois Nature Preserve and is located in 565 acres of woodlands in the heart of Lake County. Brushwood offers programming in the arts, humanities, and wellbeing for people of all income levels, ages, and backgrounds. 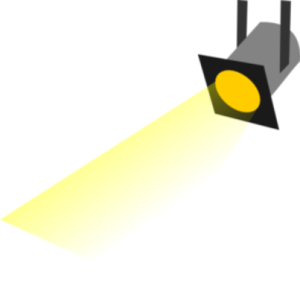 Founded in 2015 by criminal justice reform advocates, those formerly incarcerated, and others, Restore Justice believes every human being deserves dignity, including those who have committed serious crimes. Restore Justice works toward a day when the criminal legal system in Illinois treats every case as an opportunity to heal individuals and communities. We advocate for fairness, humanity, and compassion throughout the system, with a primary focus on those affected by extreme sentences imposed in their youth.

Founded in 2005, Fifth House Ensemble (5HE) taps the collaborative spirit of chamber music to create engaging performances and interactive educational programs, forging meaningful partnerships with unexpected venues, artists of other disciplines, educational institutions, and audiences of every type.

The General John A. Logan Museum plans to hold a week-long day camp in July for students entering eighth through twelfth grades who are interested in becoming junior docents at the museum. It will include opportunities to learn about site interpretation, historical and archaeological research, artisanal skills such as spinning and weaving, and nineteenth-century games. The camp is intended to develop a pool of young volunteers who can conduct activities at the museum. It also aims to teach them knowledge and skills that they can apply in other contexts within the community and beyond.

Learn more about the project and upcoming events, including a Q&A session with the Museum’s Board Member and Education Programs Coordinator, Betsy Brown.

Teamwork Englewood is the fiscal agent for the Folded Map project. Founded in 2003, Teamwork Englewood seeks to unite the many organizations serving Englewood residents and work toward the common goal of building a stronger community.

Learn more about the project and upcoming events, including a Q&A session with CCT’s Artistic Director, Jacqueline Russell.

The Chicago Children’s Theatre (CCT) was founded in 2005 with the notion that a great theater city needs a great children’s theater. Nearly 15 years later, it has produced 20 world premieres, mostly from award-winning literary works. CCT has received six NEA Art Works grants, and in 2017 became the first theater for young audiences in the U.S. to win a National Theatre Award from the American Theatre Wing, creators of the Tony Awards. CCT also continues to grow its education programs, offering classes, workshops, winter and spring break camps, and summer camps for children up to age 13.

Learn more about the project and upcoming events, including a Q&A session with CCT’s Artistic Director, Jacqueline Russell.

Founded in 1999, the Bronzeville / Black Chicagoan Historical Society (BHS) was started by a small group of enthusiastic family history researchers. BHS began due to an overwhelming concern for the diminishing historical sites in African American communities and continues to raise public awareness about endangered and unmarked historic sites in Bronzeville. The BHS archives include family documents, oral histories, memorabilia, quilts, objects, film, and photographs. BHS has recorded more than 20 oral histories about the Great Migration from community elders.

Learn more about the project and upcoming events, including a Q&A session with the BHS’s president, Sherry Williams.

Founded in 1877, OSF HealthCare’s Mission is “to serve persons with the greatest care and love in a community that celebrates the gift of life.” OSF provides equal access for all individuals.

Founded in 1984, the Coles County Arts Council is dedicated to fostering, promoting and developing the arts and the historical and cultural heritage of Coles County. CCAC is largely volunteer run, hosts its own events, and helps local groups hold workshops, exhibitions and performances to make art and history come alive in the community. This was CCAC’s fourth grant from Illinois Humanities.

Learn more about the project and upcoming events, including a Q&A session with CCAC’s Arts in the Cemetery/Historical Arts Chairperson, Carolyn J. Stephens.

Founded in 1953, the American Indian Center (AIC) was established to provide a gathering space with culture-based programs for Native American families displaced by the Federal Relocation Program of the 1950s. The AIC’s mission is “To promote fellowship among Indian people of all Tribes living in metropolitan Chicago and to create bonds of understanding and communication between Indians and non-Indians in this city. To advance the general welfare of Indian people, to sustain cultural, artistic, and avocational pursuits, and to perpetuate Indian cultural values.” The AIC has received seven grants from Illinois Humanities.

Learn more about the project and upcoming events, including a Q&A session with AIC’s Executive Director, Heather Miller.

For more information on our Community Grants program, visit ilhumanities.org/grants.

Vision*, Action, or Multiplier Grant
*As of September 2020, “Vision” grants can be used for diversity, equity and inclusion (DEI) workshops and trainings

A note on our new grant categories