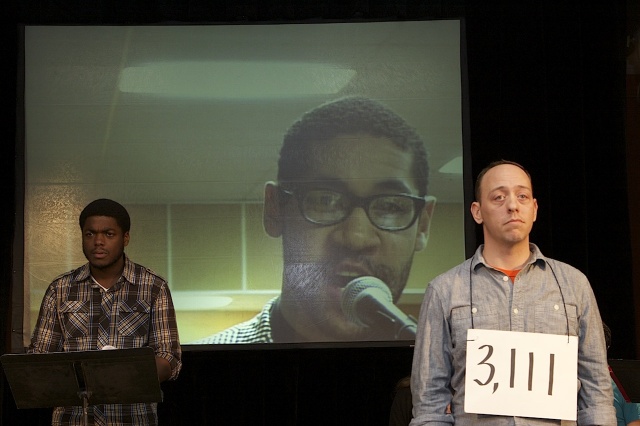 SHELTER/CHICAGO is a new play that stars homeless Chicagoans, homeless shelter staff, students, and journalists to reveal the real stories of the people living in our streets. Using the power of theater, it challenges audiences to understand the issue of homelessness beyond what we see in the newspapers.

“Written Off?” will feature a staged reading of SHELTER/CHICAGO, followed by a thoughtful discussion moderated with the cast and audience by Laura Washington, Chicago Sun-Times columnist and ABC 7-Chicago Political Analyst. We seek to explore what roles and responsibilities the media has in reporting on homelessness, and how we as the public can better understand the plight of people we may so easily write off in our society.

SHELTER/CHICAGO draws inspiration by the “Living Newspapers” of the 1930’s, a WPA Federal Theater Project where journalists and theater artists brought to life dynamic, dramatized presentations of current events, challenging citizens to wrestle with the important national issues in a local context.

Take part in an exciting 21st century Living Newspaper project that shares the real stories of the men, women, and children living in our streets.

This event is free and open to the public. However, registration is required and can be made online.

This event, made possible in part by the McCormick Foundation’s “Why News Matters Initiative”, is presented as part of The Public Square’s Media Remix conversation series and The Collaborative City, programs of the Illinois Humanities Council. It is done in partnership with the Chicago Department of Cultural Affairs and Special Events (DCASE) and co-sponsored by Lisa DiFranza of The Living News Project.
Publicity Partner: Chicago Coalition for the Homeless.

We also want to thank CAN TV for covering this event for cable and online viewers. This program is being cablecast live on CAN TV channel 27and is streaming live at cantv.org/watch.