A Road Scholar Program by Cynthia A. Clampitt

Pigs were the first food animals to be domesticated, so they have a history with humans that goes back more than 12,000 years. Antiquity is only one of the reasons, however, that pork is the most commonly eaten meat in the world. This odd, contradictory animal offers a great range of advantages when it comes to feeding large populations, especially urban populations, though historically, it has also offered several disadvantages. Once pigs were introduced to the Americas, they became an almost instant success, raised by settlers but also valued by Native Americans. As the Midwest opened, pigs moved west, and numbers grew rapidly. From Cincinnati, known in the early 1800s as Porkoplis, the center of pork culture moved to Chicago, Sandburg’s “Hog butcher for the world.” Pigs offer culinary delight and potential medical advances, but also create some challenges. So the topic of pigs is as far-ranging as the pigs themselves. 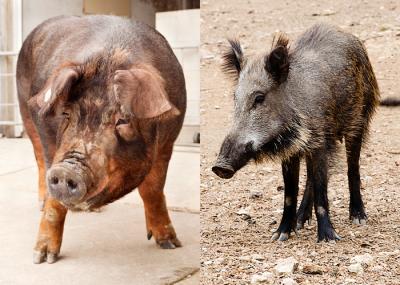 This is a one-hour lecture about the history of pigs and pork and the impact these animals had worldwide but more especially the impact they had once introduced to the Midwest, including why Sandburg would call Chicago “Hog Butcher for the World.”

This event is Free and Open to the public. For more information, please contact Claire Crawford at ccrawford@geneseo.lib.il.us.

Learn more about Cynthia Clampitt, this program, and how to book it.