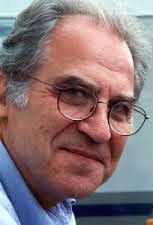 Luis Camnitzer (born 1937) is a German-born, Uruguayan artist and writer who moved to New York in 1964. He was at the vanguard of 1960s Conceptualism, working primarily in printmaking, sculpture, and installations. Camnitzer’s artwork explores subjects such as social injustice, repression, and institutional critique. His humorous, biting, and often politically charged use of language as art medium has distinguished his practice for over four decades.

Though Camnitzer never left New York, his practice remains intrinsically connected to his homeland and the whole of Latin America. His talk, “About Kicking” will draw on ideas from his earlier text, An Ode to the Kick, where Camnitzer expands on “kicking” as a means to generate knowledge. According to the artist, “The main emphasis I placed on any of my actions always was related to kicking.”

Camnitzer‘s work is in the permanent collections of the Museum of Modern Art, New York; the Metropolitan Museum of Art, New York, the Museum of Fine Arts, Houston; Tate Modern, London; and Museo de Arte Latinoamericano de Buenos Aires, among others. A highly regarded critic and curator, Camnitzer is a frequent contributor to contemporary art journals and is the author of New Art of Cuba (University of Texas Press: 1994, 2003) and Conceptualism in Latin American Art: Didactics of Liberation (University of Texas Press: 2007).