How do you distinguish fact from fiction, opinion, or propaganda when it comes to stories in the news? This question is at the core of our Media Remix series.

We will explore this question at The (Untold) Stories Behind the Story, using as context last year’s historic Chicago Public Schools closings. Representatives from Chicago’s radio, print, and TV outlets, as well as youth and scholars are invited to help us deconstruct the media’s integral role in shaping public perceptions of the school closings.

Segments from CNN’s “Chicagoland” documentary series and other media clips will serve as catalysts for the discussion.

RSVP for this free event!
Free light refreshments will be served at a reception following the program.

Sarah Karp, Deputy Editor, Catalyst Chicago
Sarah joined the staff of Catalyst Chicago in 2006 after writing for five years for Catalyst’s sister publication, The Chicago Reporter. Karp has served as director of Columbia Links, a program that teaches journalism to teenagers, and project director for Youth Communication, which published New Expression, a newspaper written by and for teens.

Linda Lutton, Education Reporter, WBEZ 91.5 Chicago
Linda (@WBEZedcuation) covers major news, issues, and debates in education as they play out in Chicago and the suburbs. Her reporting has examined Chicago’s dropout crisis, race and segregation in schools, and school performance. 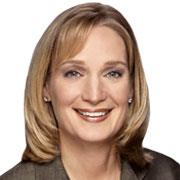 Charles Whitaker, Helen Gurley Brown Professor, Northwestern University Medill
Whitaker teaches courses in magazine writing and editing and is one of the rotating directors of Medill’s acclaimed Magazine Publishing Project. Whitaker also has served as a final judge and screener for the Association of Magazine Editors’ National Magazine Awards, and is an adviser on issues of diversity to the Magazine Publishers of America. Additionally, he has authored four statistical analyses of the hiring of women and minorities in the magazine industry.

Sidney Trotter is a high school student at North Lawndale College Prep and a youth media-maker and journalist with Free Spirit Media (FSM). As an FSM Real Chi Youth reporter, she produces short news documentaries, including reports on juvenile- to-adult incarceration and the mental health resources of Chicago LGBTQ youth.

This program is made possible in part by the Robert R. McCormick Foundation’s Why News Matters Initiative.

If you need a sign interpreter or require other arrangements to fully participate, please call 312.422.5580 at least 72 hours prior to the event.