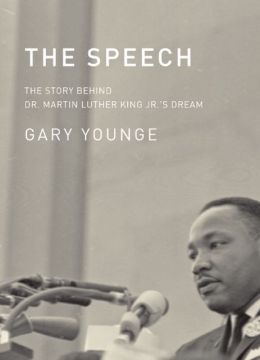 Join us for a conversation with author and award-winning journalist Gary Younge on his new book, The Speech: The Story Behind Dr. Martin Luther King Jr.’s Dream.

Martin Luther King Jr. delivered his powerful “I Have a Dream Speech” on August 28, 1963. Fifty years later, the speech endures as a defining moment in the civil rights movement, a beacon in the ongoing struggle for racial equality. Not widely known was his intense preparation, that he was advised against sharing his ‘dream,’ and that he abandoned his prepared remarks midway to deliver “The Speech.” This story, told through first-hand accounts from King’s speechwriter and many more civil rights leaders, unearths the fascinating chronicle behind “The Speech” and the revealing events surrounding the March on Washington.

Younge will discuss the book, followed by an intergenerational panel, sharing their thoughts on the legacy and impact of MLK’s speech on their generation.

Toussaint Losier, organizer with the Chicago Anti-Eviction Campaign and a doctoral candidate in the History Department at the University of Chicago

Gary Younge is an author, broadcaster and award-winning columnist for The Guardian, based in Chicago. He also writes a monthly column, Beneath the Radar, for The Nation magazine and is the Alfred Knobler Fellow for The Nation Institute. He has written three books, Who Are We?, And Should it Matter in the 21st century, Stranger in a Strange Land, Travels in the Disunited States and No Place Like Home, A Black Briton’s Journey Through the Deep South. Gary has made several radio and television documentaries on subjects ranging from the tea party to hip hop culture.

In partnership with Chicago Freedom School and Haymarket Books.

If you need a sign interpreter or require other arrangements to fully participate, please call 312.422.5580. For parking locations near the facility, please visit ChicagoParkingMap.com.