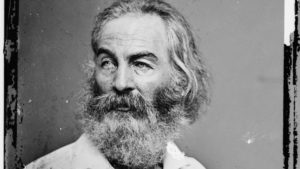 Celebrate the bicentennial of Walt Whitman’s birth by exploring how his poetry, love of Lincoln, and vision of America influenced Illinois writers.

With a performance by Steve Duchrow, readings by Tara Betts and Allison Joseph, music by Chris Vallillo, scholarly conversation with Kevin R. Roberts, and more.

Refreshments from Three Twigs Bakery and an all-ages open mic to follow the event.

More about the Participants

Tara Betts is the author of Break the Habit, Arc & Hue, and the forthcoming Refuse to Disappear. She’s a co-editor of The Beiging of America: Personal Narratives about Being Mixed Race in the 21st Century and editor of the critical edition of Philippa Duke Schuyler’s long-out-of-print memoir Adventures in Black and White. Her work has been published in numerous anthologies and literary journals. In addition to her work as a teaching artist and mentor to young poets, she currently teaches in Chicago State University’s MFA Program.

Steve Duchrow has been performing as writer Vachel Lindsay for several years, beginning with a solo theatre piece from Lindsay’s work called Peddler of Dreams, at the 2015 Chicago Fringe Festival. Duchrow has performed this play and other Lindsay works at the historic Vachel Lindsay House, the Illinois State Library, Springfield’s Amaranth Apple Festival, and on the National Public Radio affiliate WNIJ in DeKalb, IL. Duchrow currently works as Senior Director of Performing Arts at Elgin Community College where he runs a comprehensive arts instruction and performance center. In 2015, he was awarded the National Arts Presenter of the Year for excellence in presenting the arts by the North American Performers Arts Managers and Agents.

Allison Joseph lives in Carbondale where she is Professor of English and Director of the MFA Program in Creative Writing at Southern Illinois University.  She serves as poetry editor of Crab Orchard Review.  Her books and chapbooks include What Keeps Us Here (Ampersand Press),Soul Train (Carnegie Mellon University Press), In Every Seam (University of Pittsburgh Press),Worldly Pleasures (Word Tech Communications), Imitation of Life (Carnegie Mellon UP), Voice: Poems (Mayapple Press), My Father’s Kites (Steel Toe Books), Trace Particles (Backbone Press), Little Epiphanies (NightBallet Press), Mercurial (Mayapple Press), Mortal Rewards (White Violet Press),Multitudes (Word Poetry), The Purpose of Hands (Glass Lyre Press), Double Identity (Singing Bone Press) Corporal Muse (Sibling Rivalry) and What Once You Loved (Barefoot Muse Press) and Smart Pretender (forthcoming, Finishing Line Press). Her most recent full-length collection, Confessions of a Barefaced Woman was published by Red Hen Press in June 2018 and is the Gold/First Place winner of the 2019 Feathered Quill Award in Poetry and is a nominated work for the 2019 NAACP Image Award in Poetry. She is the literary partner and wife of poet and editor Jon Tribble.

As a professor of English at Monmouth College for almost twenty years, Kevin R. Roberts has taught a variety of courses including writing, literature, grammar, and citizenship. Roberts has also directed the Monmouth College Writing Center, is currently the director of the college’s first-year argumentative writing course, and has been an advisor for the Midwest Journal of Undergraduate Research. He specializes in the studies of Sherlock Holmes and Illinois literature. His most recent Illinois literature course was last year, celebrating the state’s bicentennial. Born and raised in Southern Illinois, Roberts gained an early appreciation of the history and importance of Illinois.

Chris Vallillo is a singer/songwriter, folk musician, and folklorist with a natural affinity for American roots music. A master of bottleneck slide guitar, he weaves original, contemporary, and traditional songs into a compelling and entertaining portrait of the history and lifestyle of the Midwest. In the mid 1980s he was involved documenting the last of the “pre radio” generation of rural musicians in Illinois. From 1990-1998 Vallillo served as the performing host and co-producer of the nationally distributed, award-winning public radio performance series Rural Route 3. His one-man show, Abraham Lincoln in Song, received the endorsement of the Abraham Lincoln Bicentennial Commission and the accompanying CD charted at #10 on Billboard’s Bluegrass Album Chart in March 2008. Vallillo’s project Oh Freedom!, Songs of the Civil Rights Movement was released on Martin Luther King Day of 2017 and charted at # 6 of the National Folk charts. 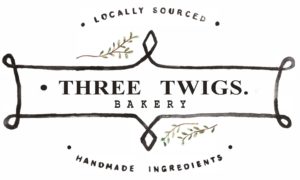