Chicago is a city never short of colorful experiences and adventures, so there’s no doubt it’s home to one of the most diverse and active “live lit”, or live storytelling scenes in the country. We’re putting our own spin on it with “Living In Color,” a series of storytelling events at some of our favorite spots in Chicago. 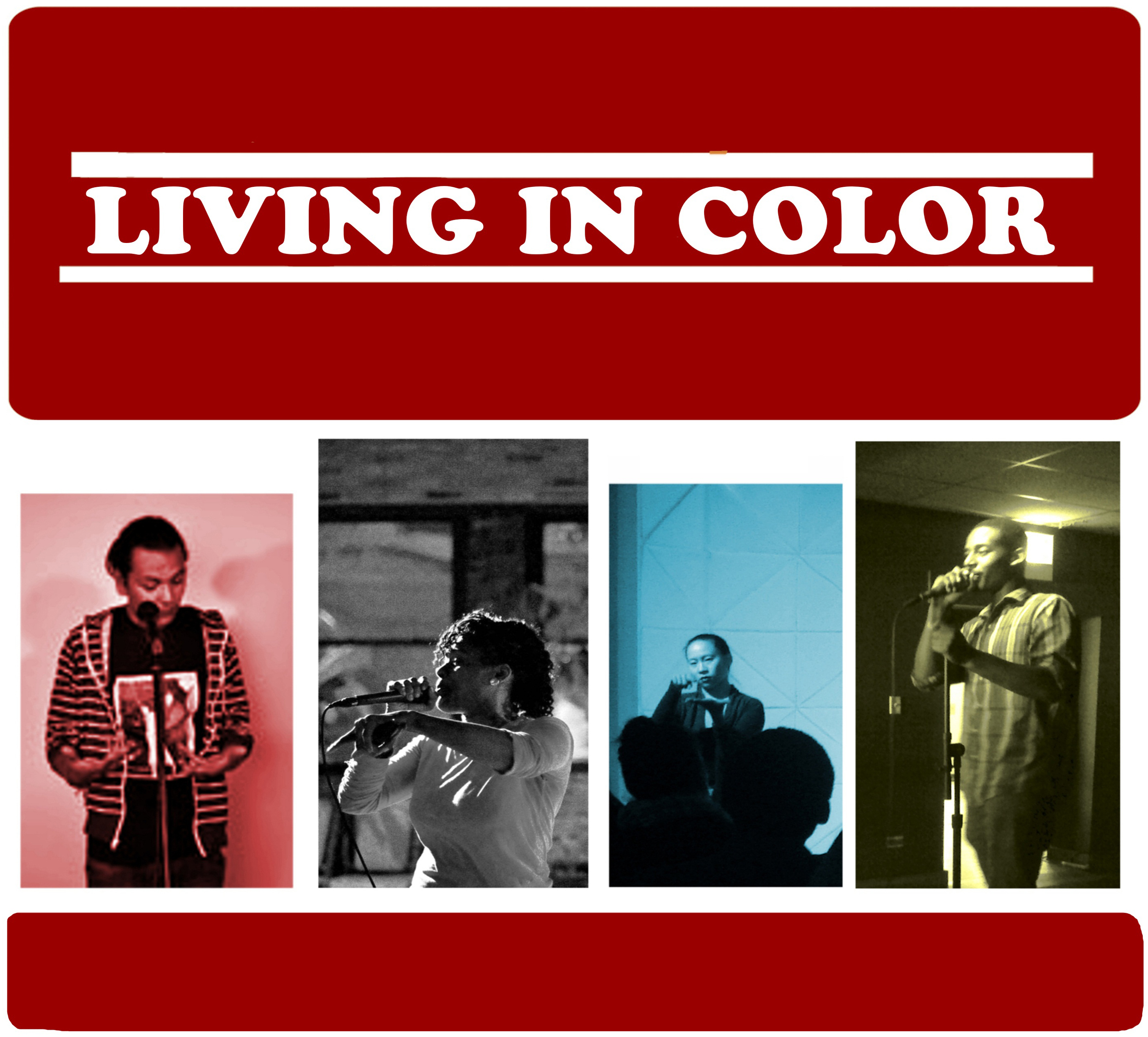 Our first installment will be an evening of funny, poignant, and adventurous tales about the things that go into mouths and the ideas that come out. Moth GrandSlam Champion Stephanie Douglass and others will be sharing stories about the food we eat—as well as how, where, and with whom we eat it— sparking a conversation about all things food within communities of color.
Kusanya Café, Englewood’s first sit down café, will serve as the backdrop for the launch of this new contribution to Chicago’s storytelling scene!
Curator:
Stephanie Douglass co-hosts This much Is True, tells stories and performs all over the Chicago, and is a Moth GrandSLAM Champion. She is a co-founder of New York theatre company The T.E.A.M, and was the head writer for OLN’s “Outside Magazine’s Ultimate Top Ten.” When not onstage, she manages a ten acre organic farm, trains people with barriers to employment for Growing Home, and develops sustainable programming for rural women in Uganda.
Storytellers:
Lily Be has been sharing stories since 2009. After her debut at Grown Folks Stories, she caught the
bug and has been performing ever since. She’s performed at almost every storytelling event in the city
and have been featured on Chicago Public Media stations WBEZ and Vocalo. Lily is a moth GrandSLAM
champion and hosts her own storytelling event, Stoop-Style Stories in Chicago’s Humboldt Park at Rosa’s
Blues lounge every 4th Thursday of the month.
Paulette McDaniels has more than 25 years of experience in the arts. She is the author of A Deathly Silence commissioned by the Department of Health and Human Services for World AIDS Day. Ms. McDaniels has served as a community organizer in the Middle East, Europe and America. She is co-author of Achmed’s Return: Legend of the Lost City.
Duo Yang has been a pastry chef, a forklift driver, and a financial analyst. He is currently writing science
nonfiction for a living. When he is not writing, he’s most likely cooking, reading, working for the sci-fi
audio drama Our Fair City, or hosting the monthly storytelling show “A Month Of.”

Sonya Marie Harper has spent the past 9 years working in news. After earning a Bachelor of Journalism degree from the University of Missouri – Columbia, she went on to work as news producer, writer and reporter for various tv and radio stations across the Midwest including affiliates for NBC, FOX and CBS. Sonya returned home to Chicago, specifically West Englewood, to help non-profits and community organizations there with their communications and public relations needs. As a community organizer and activist she has also worked for local and national political campaigns.

This is part of The Chicago Community Trust “Living In Color” storytelling series. The first of four storytelling events.

If you need a sign interpreter or require other arrangements to fully participate, please call 312.422.5580 at least 72 hours prior to the event. Reserve your spot here. For parking locations near the facility, please visit ChicagoParkingMap.com.