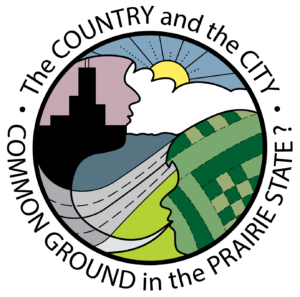 Discover the connections that bring rural and urban communities together through a conversation with community leaders from across Illinois and a performance by operatic soprano Christine Brewer and banjoist Noam Pikelny. 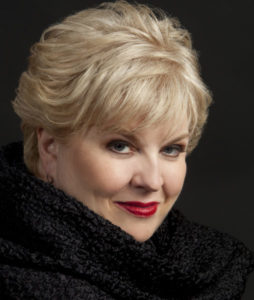 Grammy Award-winning American soprano Christine Brewer’s appearances in opera, concert, and recital are marked by her own unique timbre, at once warm and brilliant, combined with a vibrant personality and emotional honesty reminiscent of the great sopranos of the past. Named one of the top 20 sopranos of all time (BBC Music), her range, golden tone, boundless power, and control make her a favorite of the stage and a highly sought-after recording artist, one who is “in her prime and sounding glorious” (Anthony Tommasini, New York Times). On the opera stage, Brewer is highly regarded for her striking portrayal of the title role in Strauss’s Ariadne auf Naxos, which she has performed with the Metropolitan Opera, Opéra de Lyon, Théatre du Chatelet, Santa Fe Opera, English National Opera, and Opera Theatre of St. Louis. Attracting glowing reviews with each role, she has performed Wagner’s Tristan und Isolde at San Francisco Opera, Gluck’s Alceste with Santa Fe Opera, the Dyer’s Wife in Strauss’s Die Frau ohne Schatten at Lyric Opera of Chicago and the Paris Opera, and Lady Billows in Britten’s Albert Herring at Santa Fe Opera and the Los Angeles Opera.  She created the role of Sister Aloysius in the world premiere of Doug Cuomo’s opera Doubt with the Minnesota Opera in 2013 and reprised the role in 2016 with the Union Avenue Opera in St. Louis. Originally from Grand Tower, IL, Brewer resides in Lebanon, IL.

Christine Brewer is accompanied by Canadian baritone, Hugh Russell, who continues to receive high praise for his charisma, dramatic energy, and vocal beauty. He is widely acclaimed for his performances in the operas of Mozart and Rossini and is regularly invited to perform with symphony orchestras throughout North America. At the center of his orchestral repertoire is Orff’s popular Carmina Burana, which Russell has performed with The Philadelphia Orchestra, The Cleveland Orchestra, Los Angeles Philharmonic, San Francisco Symphony, Houston Symphony, and the Pittsburgh Symphony, among others. The New Orleans Times-Picayune said, “Baritone Hugh Russell also grasped the theatrical nature of Orff’s work, nearly stealing the show with a voice that ranged from organ-deep rumbles to flute-like falsetto – and an acting style that drew roars of laughter as he captured the bullishness of an intoxicated medieval abbot.” In the 2018-2019 season, Russell performs Carmina Burana with the Kansas City Symphony and the Milwaukee Symphony Orchestra. Additionally, he sings Pangloss in Candide in Salt Lake City and Seoul, South Korea, Abimelech in Samson et Dalila with North Carolina Opera, and reprises the role of Noah Joad in Grapes of Wrath with Michigan Opera Theater. An accomplished pianist as well, Russell performs in that capacity this evening. 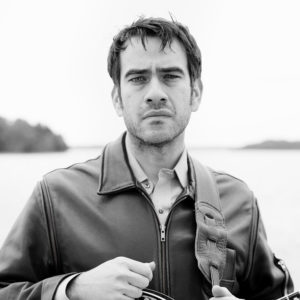 Noam Pikelny has emerged as the preeminent banjoist of his generation. He is a founding member of Grammy-winning Punch Brothers and was awarded the first annual Steve Martin Prize for Excellence in Banjo and Bluegrass in 2010. Universal Favorite is the fourth record Noam Pikelny has released under his own name, but it’s truly his solo debut. His previous solo efforts—including 2014’s landmark Noam Pikelny Plays Kenny Baker Plays Bill Monroe—were fullband affairs that revealed his abilities as a dynamic bandleader while reinforcing his reputation as an inventive accompanist. Universal Favorite features only the man himself, playing lovely originals and covers that showcase his unique approach to the instrument and compositional flair. He recorded them live in the studio without accompaniment, coaxing a wide array of sounds and colors out of his instruments, embracing the challenges and exploring the new possibilities of the solo setting. And, for the first time in his career, Pikelny even sings. It turns out he has a striking deadpan baritone that conveys humor and melancholy in equal measure. This album, he says, is “is the most personal statement I’ve put forward. The setting couldn’t be more stark and I think it lays bare my musical core. Most importantly, it’s an incredibly honest solo album, in that there are honestly no other people on this record. Originally from Skokie, IL, Pikelny resides in Nashville, TN.

Leone Jose Bicchieri is executive director of Working Family Solidarity in Chicago. The proud son of Mexican and Italian immigrants, he has thirty years of experience in organizing workers and working families for racial equity and economic justice. Bicchieri has worked with farmworkers in the Northwest, poultry farmers and processing workers in the Southeast, meatpacking workers in the Midwest and Plains states, janitors in Midwestern cities, and temporary staffing workers in the Chicago area. Working Family Solidarity was formed to build racial alliances between low- and moderate-wage workers. The organization combines workshops on labor and housing rights and related issues with direct workplace organizing, community outreach, and Racial Unity Dialogues intended to build long-term alliances.

Ross Black became the director of the City of Peoria’s community development department in January 2013, having served in several capacities with the city since 1993. He has more than two decades of experience and increasing responsibility in urban planning and growth management, economic development, land use law, building safety, budgeting, fiscal impact analysis, grants management, and code enforcement. In his current senior leadership role, Black engages elected officials at the local, state, and federal levels, private developers and lenders, and community groups and residents in various aspects of neighborhood revitalization efforts. Originally from Scotland, Black has lived in the Midwestern United States most of his life.

Marshall Jones of Kewanee is chairperson of the Henry County Board of Commissioners. He was born in Chicago and raised on the city’s south and west sides. Jones, a Republican, was appointed to fill a vacancy on the Henry County Board in 2012. He was elected to the board in 2014 and served as its public safety chairperson. After his 2018 re-election, his fellow commissioners selected him to be the board chairperson. He has been interviewed for a series of articles published by the Chicago Tribune profiling Henry County as a predominantly rural, Midwestern county where most votes went to President Obama in 2008 and 2012 but to President Trump in 2016.

Molly Parker is a general-assignment and investigative projects reporter with The Southern Illinoisan, a regional newspaper based in Carbondale, and a member of ProPublica’s Local Reporting Network. Originally from the rural Johnson County community of Simpson, Parker earned a bachelor’s degree in journalism from Southern Illinois University Carbondale in 2003 and a master’s degree in public affairs reporting from the University of Illinois Springfield in 2004. Her extensive investigative reporting on the Alexander County Housing Authority’s mismanagement of public housing in Cairo led the U.S. Department of Housing and Urban Development to assume control of the authority’s operations in 2016. After garnering several awards for this work, Parker began a three-year affiliation with ProPublica’s Local Reporting Network in 2017, specializing in public housing issues.

Cindy N. Reed is an artist-scholar, a graduate of Southern Illinois University Edwardsville, and a doctoral student in the Department of American Studies at Saint Louis University.  Reed studies twentieth-century African American literature situated in cities; representations of black girls and women in American literature and multimedia texts; and the culture of East St. Louis. Her writings have been published in I Am East St. Louis, the Magazine and the online Project on the History of Black Writing. Her recent publication, “From One First Lady to Another: The Speculative Worlds of Michelle Obama and The Walking Dead’s Michonne,” appears in the 2017/18 (Vol. 40.1) issue of Women & Language.

Claudia Zabala, a Mexican immigrant who became a United States citizen in 2004, lives in Rushville and works in Beardstown as a sixth-grade teacher at Gard Elementary School. Zabala did not know English when she moved from California to Illinois in 1995. She obtained a job with a corporation the same year but was dismissed because she lacked the documentation necessary for legal employment. That experience strengthened her determination to learn English and pursue a career. She studied English as a second language at Lincoln Land Community College and joined the waiting list to become a legal resident of the United States. She completed additional studies at Lincoln Land and earned a bachelor’s degree in bilingual/bicultural education at Western Illinois University.