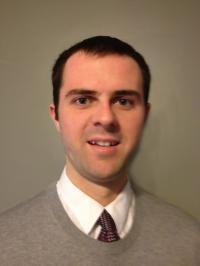 On this week’s Southern Illinois Wonders, Ryan Burge discusses a theological controversy that occurred in 1993 at the flagship seminary of the Southern Baptist Convention, a church body widely represented in southern Illinois. He examines the intellectual and social contexts surrounding it and some of the broader issues that it raises.

Ryan Burge is both an instructor of political science at Eastern Illinois University in Charleston and the senior pastor of First Baptist Church in Mount Vernon. A graduate of Greenville College, he holds the Ph.D. in political science from SIU Carbondale, where he was a post-doctoral fellow in the Paul Simon Institute for Public Policy. He often writes and speaks about intersections of religious life and political activity in the United States.

Special thanks to the staff of WEIU 88.9 FM in Charleston for their assistance in recording this program.