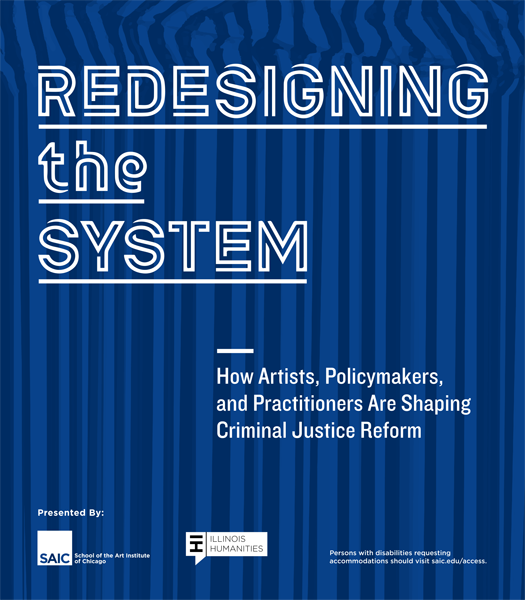 Over the past 30 years, America’s prison population has boomed, with the US now housing 5% of the world’s population but 25% of its prisoners. There is no doubt this comes at a high cost to taxpayers, those incarcerated and their families, and society as a whole. With the highest incarceration rates in the world, artists, policymakers, and practitioners have sought to redesign the complex systems and structures that comprise our criminal justice system and fix America’s problem of over incarcerating its residents.

On April 4,  Illinois Humanities and the School of the Art Institute of Chicago (SAIC) will present a panel discussion exploring the role of art and design in humanizing those who are serving time in jails and prisons, strategies for reducing the number of Americans caught up in the criminal justice system, and the possibilities and restrictions of reform.

This event is sold out.

More on the Panelists

Chief Judge Rubén Castillo is the first Hispanic person to serve as federal judge in Illinois and on the Federal Sentencing Commission and the first Hispanic chief judge of the US District Court for the Northern District of Illinois. Castillo received his BA in Political Science in 1976 from Loyola University in Chicago and his law degree from Northwestern University in 1979. Castillo began as an associate at Jenner & Block, later joining the Special Prosecution Division of the Assistant United States Attorney’s Office for the Northern District of Illinois in 1984. Castillo has received the Department of Justice Special Achievement Award and special commendations for exemplary work from the Federal Bureau of Investigation, Drug Enforcement Agency, and the US Customs Service.

In 1988, he became the Director and Regional Counsel for the Chicago Office of the Mexican American Legal Defense and Educational Fund (MALDEF), initiating actions to end employment discrimination and address issues within voting rights, education and immigration. Castillo helped create Chicago’s first primarily Hispanic congressional district. Castillo later taught at Northwestern University School of Law from 1989 to 1998. In 1999, he was appointed by President Clinton to be the vice chair of the Sentencing Commission. As Castillo continues to serve as district judge, he participates on the Board of Directors of the Constitutional Rights Foundation of Chicago and has served as an adjunct professor at Northwestern Law School since 1989.

Kimberly M. Foxx is the first African American woman to lead the Cook County State’s Attorney’s Office, the second largest prosecutor’s office in the country. Foxx was elected to the top prosecutor post after claiming victory in a historic election, during a critical time for the criminal justice system in Chicago. Her passion for public service is deeply personal. She spent her early childhood growing up in the Cabrini Green public housing complex, raised by her teenage mother and grandmother. Her life experiences gave her insight on the impact of crime, violence and poverty on our communities. That consciousness inspired Foxx to pursue a career in public service as she sought to improve life in communities like the one in which she was raised. Prior to being elected State’s Attorney, Foxx served as Chief of Staff for the Cook County Board President. Foxx was the lead architect of the county’s criminal justice reform agenda to address racial disparities in the criminal and juvenile justice systems. Her efforts contributed to a significant drop in the Cook County jail population while promoting public safety.

Jeff Korzenik is Chief Investment Strategist and Vice President for Fifth Third Bank, where he is responsible for the bank’s client investment strategies. For more than 30 years, Korzenik has been a leader in the investment industry. A regular guest on CNBC and Bloomberg, Korzenik’s writings on economics and public policy have been published in the Chicago Tribune, the Boston Globe, and Forbes. He has been quoted in publications including the New York Times, the Wall Street Journal, and Barron’s. In addition to regular speaking appearances at conferences and public events, Korzenik was invited to testify on Capitol Hill as an expert witness on the use of commodity indexes by pensions and other institutional investors. A passionate supporter of cultural organizations, Korzenik serves as a Trustee of the Harris Theater for Music and Dance, and as an Overseer of the Peabody Essex Museum.

Toni Preckwinkle is the current president of the Cook County Board of Commissioners, an office she has held since 2010. As the top executive in Cook County, Preckwinkle oversees one of the nation’s largest public health and hospitals systems and one of the nation’s largest criminal justice systems. Preckwinkle is a lifelong advocate for equity and equality, and through her work as president, has fought to improve health care access, bring increased fairness to the criminal justice system, and expand employment training opportunities for some of the County’s most disadvantaged youth. Prior to holding elected office, Preckwinkle taught high school history for 10 years, and served 19 years as Alderman of the 4th Ward. She holds a BA and MA from the University of Chicago. 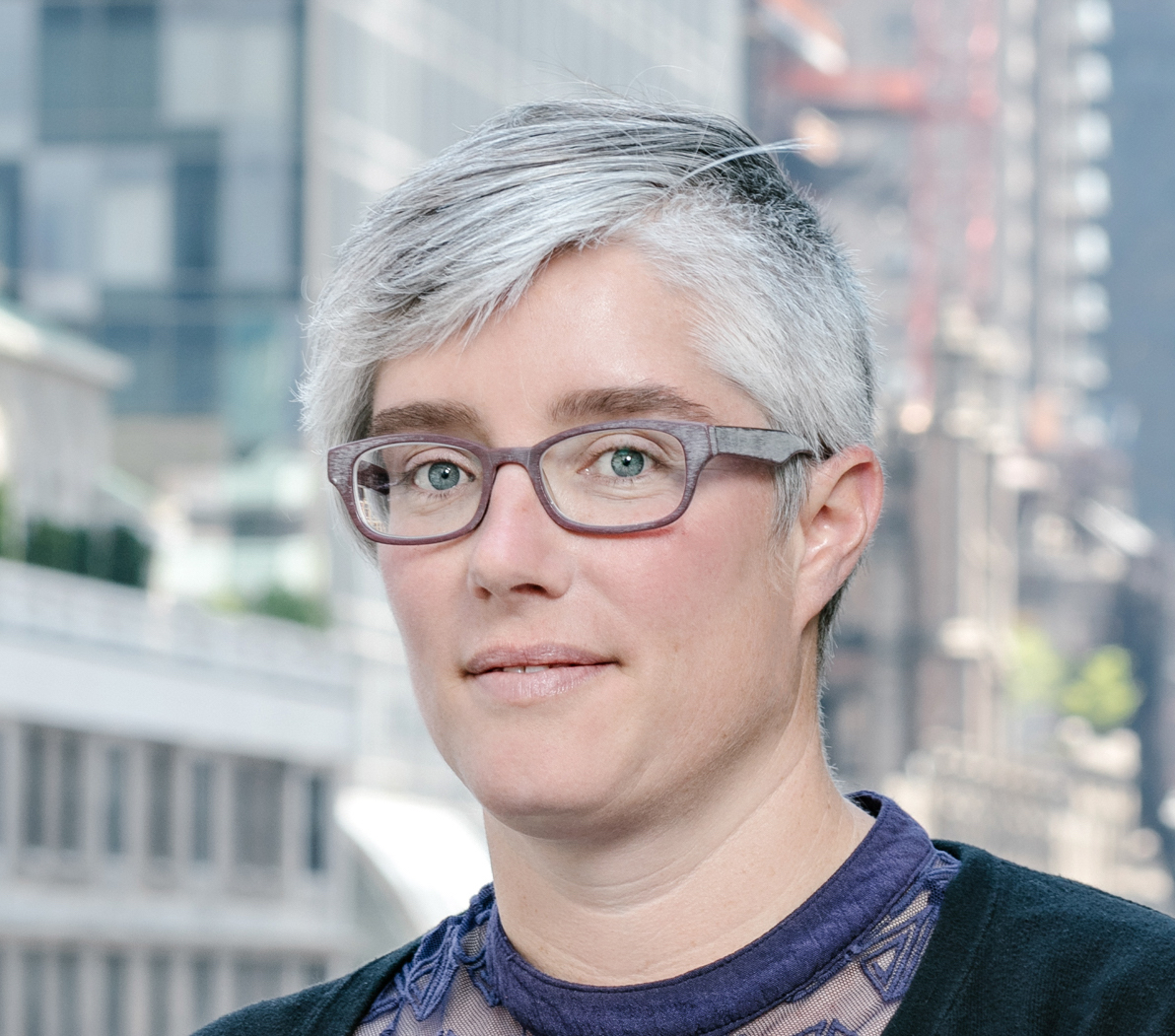 Sarah Ross is an artist whose work is centered on the spatial politics of race, gender, class and control. Her projects use narrative and the body to address spatial concerns as they relate to access, class, anxiety and activism. Since 2006, Sarah has been working with incarcerated artists in IL prisons. In 2011, Sarah co-founded the Prison + Neighborhood Arts Project (PNAP), a cultural project that brings together artists, writers and scholars in and outside Stateville prison to create public projects. During this time, Sarah has worked closely with local artists, activists, lawyers, torture survivors and scholars on Chicago Torture Justice Memorials—a recent four-year campaign for reparations for survivors of Chicago police torture. This project developed, in part, as a call to artists to imagine a memorial, and ended with a historic reparations package for survivors of torture by Chicago Police under former Commander Jon Burge. She has exhibited her work in Los Angeles, New York, Montreal, Copenhagen, Rio De Janeiro, among other places. Sarah is a Soros Justice Media Fellow and a recipient of grants from the Propeller Fund, Graham Foundation, University of California Institute for Research in the Arts and the Illinois Art Council. She is a faculty member in Art Education and Sculpture at the School of the Art Institute of Chicago.

Carroll Bogert is president of the Marshall Project, a nonpartisan nonprofit news organization that seeks to create and sustain a sense of national urgency about the US criminal justice system. Prior to joining the Marshall Project, Bogert served as Deputy Executive Director for External Relations at Human Rights Watch. Under her leadership the organization established an award-winning multimedia division, a digital team running websites in seven languages, and a vibrant social media presence. Bogert began her career as a foreign correspondent for Newsweek and has enjoyed a distinguished career in journalism, nonprofit management, and strategic communications.

If you have questions please contact SAIC Events at saicevents@saic.edu or 312.499.4190.