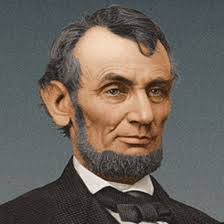 Guy Fraker, Lincoln scholar and author of Lincoln’s Ladder to the Presidency, will discuss how Lincoln’s years on the Eighth Judicial Circuit in Central Illinois not only grew his law practice, but helped to build a solid a political base that paved the way to his nomination and election to the presidency.
Following the program at 3pm, Elmhurst Historical Museum curator of exhibits, Lance Tawzer, will lead a Gallery Talk and tour the “Carl Sandburg in Elmhurst” exhibit.
About the “Carl Sandburg in Elmhurst” Exhibit
Prairie poet, Lincoln biographer, newspaperman, political activist, movie critic, family man, author — Carl Sandburg wore many hats during the 1920s when he resided with his family in the Chicago suburb of Elmhurst. This new exhibit, created by the Elmhurst Historical Museum staff, features many rare photos, video footage, and artifacts related to Sandburg from his prolific Elmhurst years. This exhibit is on display from November 8, 2013 through April 20, 2014.

This event, free and open to the public, is presented by the Elhmhurst Historical Museum in complement to the exhibit “Carl Sandburg in Elmhurst.”