Seating for this program is at capacity, but we will be livestreaming the event on Steppenwolf Theatre’s Facebook page at 6pm. The livestream will remain up for 24 hours following the program.

How much can we control the way that others see us and the way that we see others? How do we show the world who we think we are?

Join us for a conversation with Karen Finley and Young Jean Lee, two experimental artists whose works question our ideas of identity by probing issues of race, gender and privilege. In an intimate conversation at Steppenwolf’s 1700 Theatre, Finley and Lee will discuss past and present work in a wide-ranging discussion that will touch on how artists engage with themes like censorship, provocation, and appropriation. We hope you’ll join us for this timely conversation about how artists and others perform identity.

This conversation will be moderated by Lisa Lee, Director of UIC School of Art + Art History.

More About the Artists: 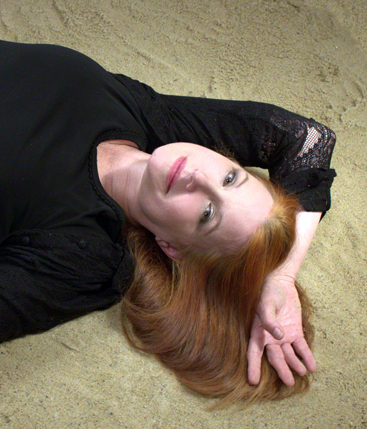 KAREN FINLEY is an artist, performer, and author. Born in Chicago, she attended the Art Institute of Chicago and received her MFA from the San Francisco Art Institute. Working in a variety of mediums such as installation, video, performance, public art, visual art, memorials, music, and literature, she has performed and exhibited internationally. Finley is interested in freedom of expression concerns; visual culture; and art education and lectures; and gives workshops widely. She is the author of eight books, including her latest, the 25th anniversary edition of Shock Treatment (City Lights).

Her recent work includes Mandala: Reimagined Columbus Circle, an interactive walk that examines the symbols and history of Columbus Circle, presented by Elastic City and supported by GSAAP at Columbia University; Artist Anonymous – a self help open meeting for those addicted to art, first presented at Museum of Art and Design NYC; Written in Sand, a performance of her writings on AIDS; Open Heart, a Holocaust memorial at Camp Gusen, Austria; Unicorn, Gratitude Mystery, a solo performance that explores the psychological portrayals of power that drive American election politics; and Sext ME if You Can, where Finley creates commissioned portraits inspired by “sexts” received from the public. A recipient of many awards and grants, including a Guggenheim Fellowship, she is an arts professor in Art and Public Policy at New York University.

YOUNG JEAN LEE is a writer, director, and filmmaker who has been called “the most adventurous downtown playwright of her generation” by the New York Times and “one of the best experimental playwrights in America” by Time Out New York. She has written and directed ten shows in New York with Young Jean Lee‘s Theater Company, and toured her work to over thirty cities around the world. Her plays have been published by Theatre Communications Group (Songs of the Dragons Flying to Heaven and Other Plays; The Shipment and Lear; and We’re Gonna Die) and by Samuel French (Three Plays by Young Jean Lee). She is currently under commission from Lincoln Center Theater and the Oregon Shakespeare Festival, and has written a screenplay commission for Plan B/Paramount Pictures. Her first short film, Here Come the Girls, was presented at The Locarno International Film Festival, Sundance Film Festival, and BAMcinemaFest. In 2013, she released her debut album, We’re Gonna Die, with her band, Future Wife.

CHICAGO, JULY 8, 2021— Illinois Humanities is excited to announce the itinerary for two new…