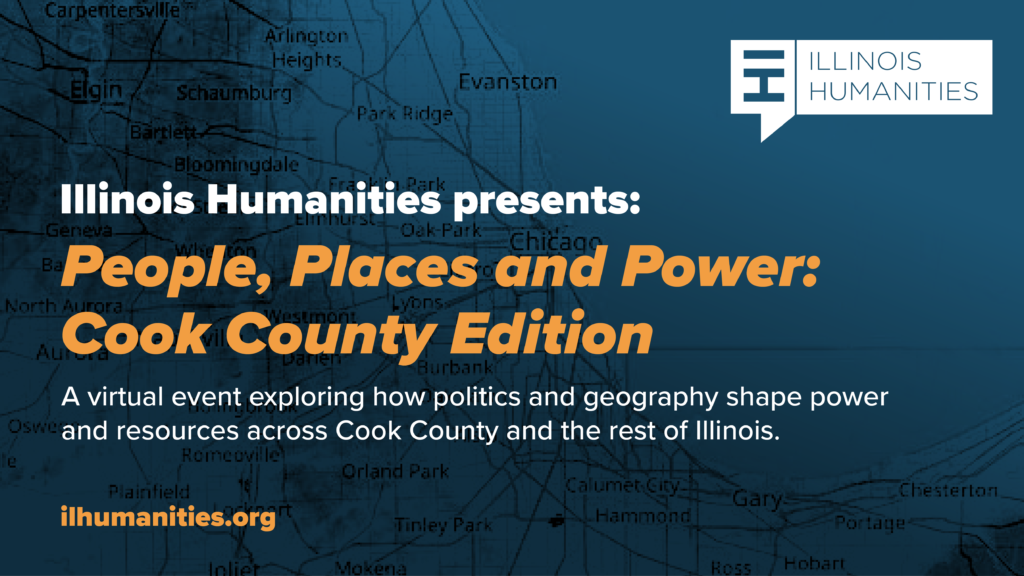 People, Places, and Power: Cook County Edition, which we’ll premiere on Tuesday, December 15, at 7:00 p.m., via our YouTube channel will explore urban, suburban, and rural political, social, and economic dynamics within this diverse part of the state. Join us for a conversation about how political power and public resources are distributed among neighborhoods, communities, and wards. We’ll consider historical factors, including factors that have contributed to segregation, and discuss how recent developments, such as the 2020 census, might affect the allocation of power and resources within Chicago.

Cook County is both the most populous and the most densely populated county, by far, in Illinois, as well as the second most populous county in the United States. Consequently, we can scarcely begin, in one evening, to untangle the complex webs of power and resource distribution that span the county and connect it to other regions of our state, but we’ll try to examine some of the most important strands.

People, Places, and Power: Cook County Edition will include…

People, Places, and Power: Cook County Edition is the third of three programs in our series, The Country and the City: Common Ground in the Prairie State?, examining the relationship between population distribution and the allocation of political power and public resources from the vantage points of places in Illinois where that relationship is especially significant. Watch other programs in “People, Places, and Power”  series featuring Gallatin County and Fulton County.

Learn more about the “Distributions: People, Places, and Power” series and The Country and the City: Common Ground in the Prairie State? program.