OpenICE is a free monthly series exploring the work of the International Contemporary Ensemble (ICE), named “one of the most accomplished and adventurous groups in new music,” (New York Times), in an unpretentious and intimate environment at The Hideout. 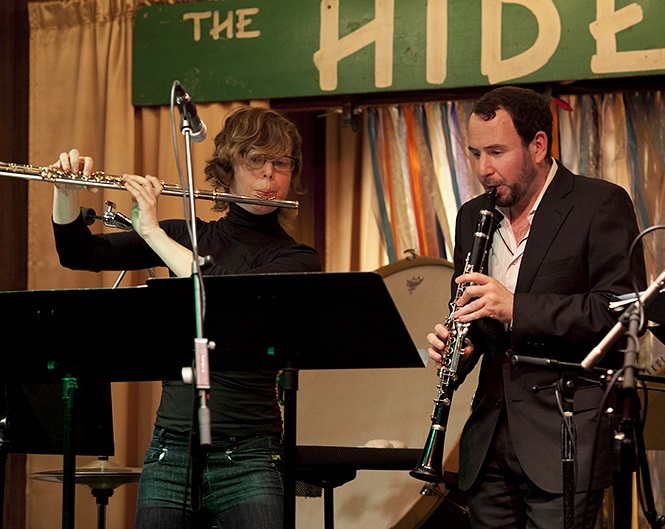 This month, the third in the series, ICE violinists Jennifer Curtis and David Bowlin face off on a program of duos by Italian master Luciano Berio, eclectic Soviet modernist Edison Denisov and New York jazz punk icon John Zorn. Also featured is the world premiere of Jennifer Curtis’ new work for violin and mandolin, written for this special collaboration.

After the concert, Jennifer and David will be in conversation with Joe Shanahan, owner of Metro/Smartbar, Double Door, Gman Tavern and the Daily Bar & Grill. Joe is credited with “singlehandedly [having] the most influence on the Chicago music scene” (Chicagoist), having supported countless artists since their nascent stages.

International Contemporary Ensemble | OpenICE 2014-15 Launch at the Hideout, Chicago from ICE on Vimeo. 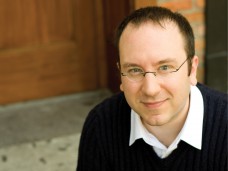 Founding ICE violinist David Bowlin has won critical acclaim for his solo and chamber music performances from the New York Times, Chicago Tribune, and the Chicago Sun-Times, among others. He is an accomplished performer of a broad range of repertoire old and new, and has performed recitals and concertos across the US. 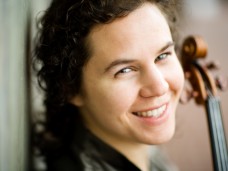 Violinist Jennifer Curtis navigates with personality and truth in every piece she performs. Her second solo concert in Carnegie Hall was described by the New York Times as “one of the gutsiest and most individual recital programs,” and celebrated her as “an artist of keen intelligence and taste, well worth watching out for.”

About Joe
Joe Shanahan has been exploring music and dance culture since the purchase of his first 45 (that’s vinyl), the Rolling Stone’s “Under my Thumb.” In 1982 Joe opened what became Smartbar and Metro. Over the past twenty-five years many emerging artists have “cut their teeth” on the Metro stage. Groups like New Order, Depeche Mode, Ministry, Smashing Pumpkins, Urge Overkill, Liz Phair, No Doubt, Pete Yorn, The Flaming Lips, David Gray, Indigo Girls and Moby have graced the stage…just to name a few. Joe then opened Lincoln Square’s Daily Bar and Grill, and in 1994, he opened Double Door with Andy Barrett and Sean Mulroney. He serves on the boards of several charities, including Rock for Kids and the Arts Council for Sacred Heart Schools. He assists dozens of charitable organizations each year by hosting benefit shows at Metro and SmartBar.