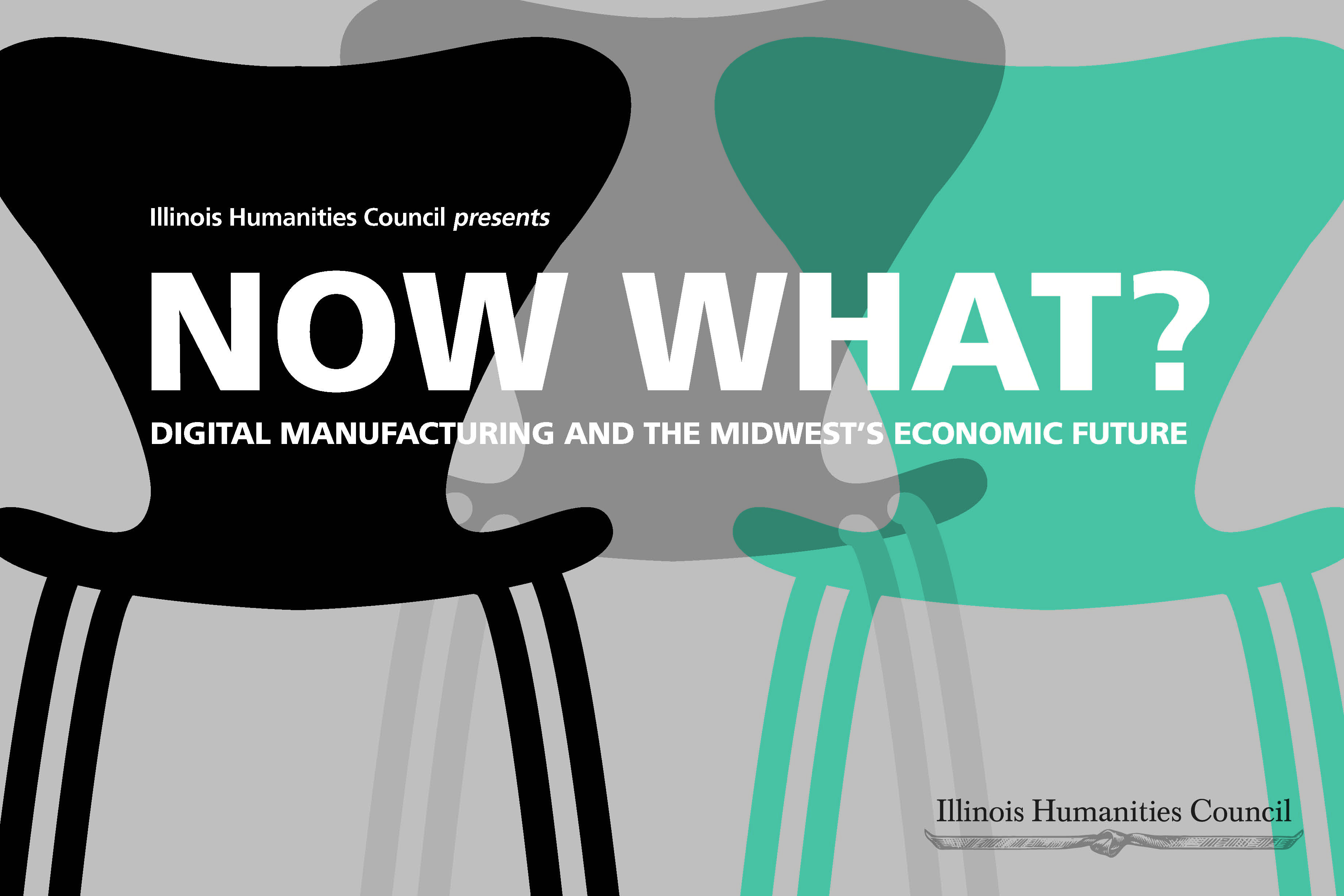 The City of Big Shoulders. The Hog Butcher for the World. Chicago’s legacy has been built on its longstanding role as a national industrial hub.

The Digital Manufacturing and Design Innovation Institute (DMDII) is a new collaboration among government, education, and business that will revitalize this legacy and propel Chicago and the Midwest to the forefront of 21st century manufacturing research and innovation. As Mayor Rahm Emanuel has said, “This is where the brains and brawn will come together; patents, research and new ways of manufacturing.”

How exactly will the DMDII for Manufacturing revitalize manufacturing? What does this mean for our local, regional and national economy? How does government shape policies and initiatives to improve the economy and how does such an ambitious collaboration with a diverse set of partners operate?

Come learn and take part in this free discussion, part of the IHC’s ongoing Now What? series,
bringing together some of the country’s most interesting thinkers talking about today’s front-page issues.

Help shape the conversation!
Use hashtag #nwIHC and ask questions of William, Steve, or Angel before and during the event.

Dr. William P. King is the Chief Technology Officer at the Digital Lab for Manufacturing in Chicago, one of the nation’s first Manufacturing Innovation Institutes, and is the nation’s flagship research institute focused on digital manufacturing. Dr. King is also the College of Engineering Bliss Professor at the University of Illinois Urbana-Champaign, where he leads a research group whose work crosses boundaries between science, technology, and business. Dr. King has been founder, advisor, or director at a dozen early stage technology companies with a focus on nanotechnology, materials, and manufacturing. He is the winner of numerous awards including the PECASE award from the White House and the ASME Gustus-Larson Award for accomplishment in Mechanical Engineering. He was named by Technology Review Magazine as a person whose innovations will change the world.

Steven Koch has been the Deputy Mayor of Chicago since September 2012. His responsibilities include oversight of the Mayor’s Economic Council and a focus on job creation and ‘retention, budget issues, municipal finance and revenue, and economic development throughout Chicago. Prior, Steve spent 27 years at Credit Suisse. During his tenure at CS, he both ran and was the Chairman of the global Mergers and Acquisitions business. In his distinguished career, Steve has advised on landmark transactions across a broad range of industries that together comprise more than $1 trillion worth of transactions. Among other community involvement, Steve served as Chairman of the Board of both the Sinai Health System of Chicago and the Greater Chicago Food Depository and Co-Chairman of the Green Ribbon Committee on Sustainability and Climate Change of Chicago. He helped develop and taught in the Director’s Consortium, a seminar sponsored by Dartmouth, the University of Chicago and Stanford Business Schools that trains corporate directors, and served as a Presidential appointee to the Independent Advisory Panel of the Recovery Accountability and Transparency Board.

Angel Ysaguirre is Executive Director of the Illinois Humanities Council. He has served as the Deputy Commissioner of the Chicago Department of Cultural Affairs and Special Events, the Director of Global Community Investing at The Boeing Company, and as a program officer at the McCormick Foundation. He’s served on the boards of The Donors Forum of Illinois, Theatre Communications Group; I.C.E. (International Contemporary Ensemble), the Illinois Center for the Book, Blair Thomas & Co.; and the Next Theatre.

This is the third installment of Now What? a five-part series of off-the-cuff conversations with some of the country’s most interesting thinkers talking about today’s front-page issues. Led by our executive director, Angel Ysaguirre, these conversations and the ideas they inspire will reflect the future of Illinois Humanities Council programming and its vital role for the health of our society.