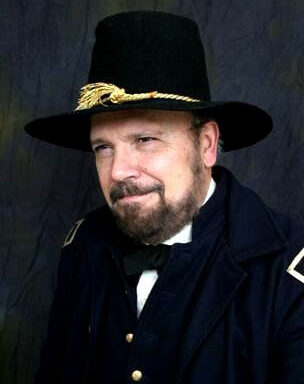 In period costume and character, Dan performs a one-act play focusing on Grant’s early years and rise to Civil War fame as General of Union Armies in the Western in Theatre.

"Troubled by the controversy of the Battle of Shiloh in 1862 and struggling with eulogy of my best friend and subordinate officer, General C. F. Smith, I flashback to reflect on the parallels of my life as a citizen-soldier from West Point, the Mexican War, hard times between the wars, and through the early challenges of the Civil War, including my life in Illinois." –Dan "in the field" as Grant

This one-act is poignant view of Grant’s private and public life, and his values of serving his Country and promoting unity.

This event is Free and Open to the public. For more information, please contact Kathleen Rister at grofflibrary@gmail.com.

Learn more about Dan Haughey, this program, and how to book it.

What will your legacy be? This year, Sojourner Scholars reflected on the life and boundless…