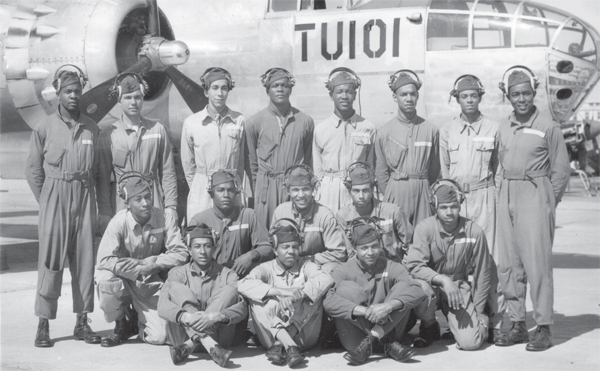 In celebration of Black History Month, the Veterans Memorial Hall presents, “Meet the Tuskegee Airmen, A Living History.”
In 1939, the United States government began establishing flight schools at colleges around the nation but refused to do so at any of the Black colleges, believing black men didn’t have the caliber to be fighter pilots. However, with mounting pressure, the “Tuskegee Experiment” was birthed, resulting in the establishment of a flight school at Alabama’s historic Tuskegee University on July 19, 1941.
Two documented original Tuskegee Airmen will give testimony of their experiences while training at the nation’s first African-American military flight school. Join us and learn about historical events from those who lived it. Hear their incredible stories as you journey back in time to World War II.
Those in attendance will be riveted by the stories of valor and shared adversity, and inspired by being in the same “airspace” with this type of patriotism.
This event is open to the public at $5.00/person. For more information, please call Verterans Memorial Hall at (815) 969-1999.
This event is made possible in part by a grant from the Illinois Humanities Council and the following sponsors: BMO Harris Bank, VAW Local Union No. 1268, US Bank, The Honorable K. Patrick Yarbrough Family, Winnebago County Board Member Lynne Strathman, Northwest Bank, Swedish American Health Systems, West-Field Post 48 Auxiliary Unit 48 and S.A.L. Squadron 48, Marine Corps Mustang Association, Inc. Sons of the Union Veterans of the Civil War, Dennis & Elaine Leslie, Blackhawk Voiture No. 408 – American Legion Horton Post 340, Rockford Chapter VietNow, Winnebago County Veterans Association, and Citizens to Elect Judge Brendan Maher.
Visit the Tuskegee Airmen website for more information on this group.