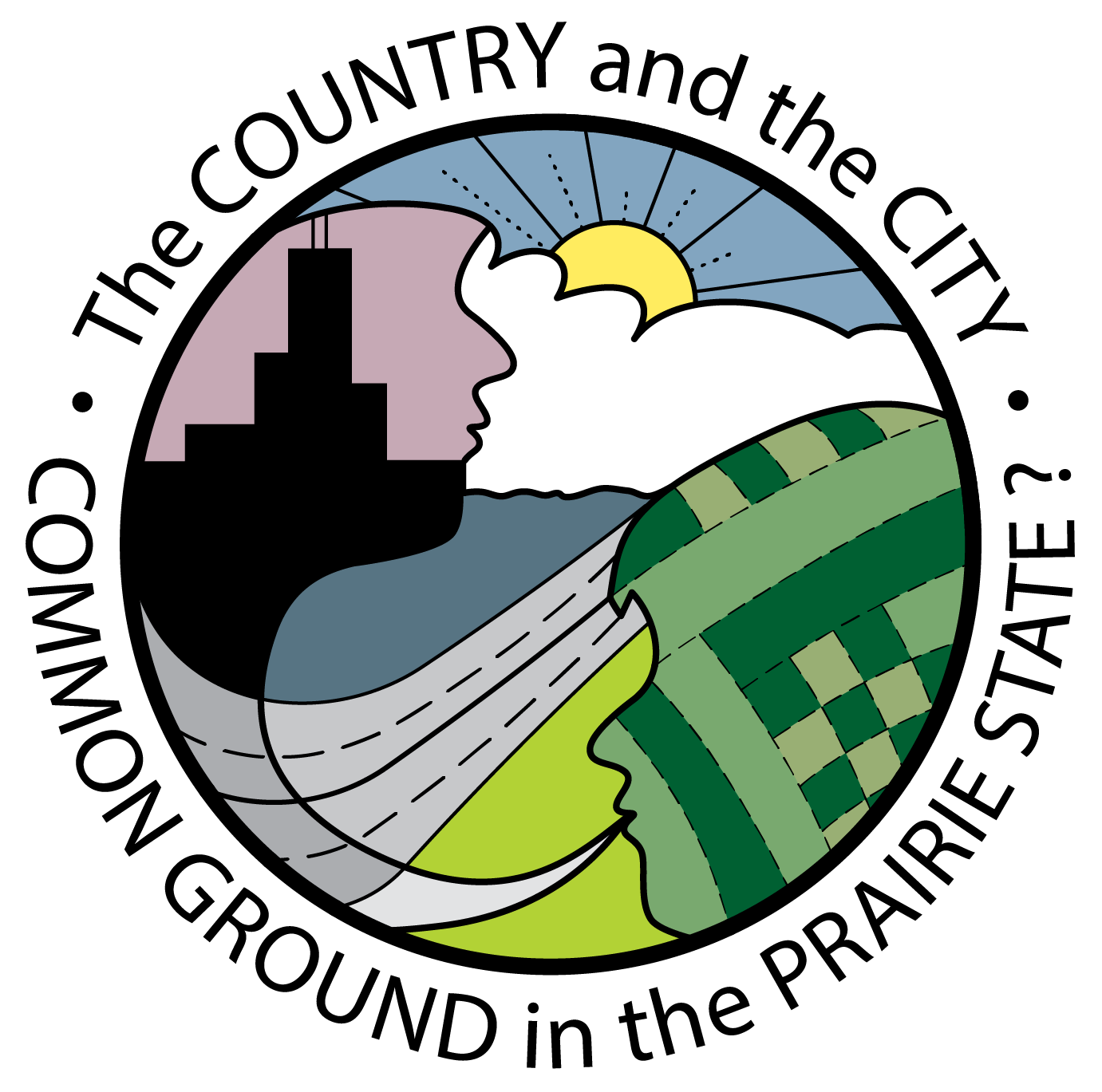 Can environmental stewardship and sustainability be balanced or integrated with the pursuit of employment opportunities and other economic needs in urban and rural communities?

What principles should guide decision-making about such questions in urban and rural communities?

Urban and rural communities throughout Illinois regularly confront circumstances in which they must decide how to balance environmental stewardship and sustainability with economic needs such as employment opportunities, affordable energy, and affordable food. Seven panelists – four from rural settings, three from urban settings – who have addressed such issues in their communities will discuss them from a variety of perspectives.

In doing so, they will draw upon their own experiences as well as excerpts from Braiding Sweetgrass: Indigenous Wisdom, Scientific Knowledge, and the Teachings of Plants by Robin Wall Kimmerer (Milkweed Editions, 2013). Members of the audience will have opportunities to participate in the conversation, as well. The rural counterpart to this event took place at Dickson Mounds State Museum near Lewistown on November 15, 2018.

Doug Blodgett, director of river conservation for the Illinois Chapter of The Nature Conservancy, based at the Emiquon Preserve, Lewistown (Fulton County)

Ross Black, director of community development for the City of Peoria

About the author and the book

As a botanist and professor of plant ecology, Robin Wall Kimmerer has spent a career learning how to ask questions of nature using the tools of science. As a Potawatomi woman, she learned from elders, family, and history that the Potawatomi, as well as a majority of other cultures indigenous to this land, consider plants and animals to be our oldest teachers. In Braiding Sweetgrass, Kimmerer brings these two lenses of knowing together to reveal what it means to see humans as “the younger brothers of creation.” As she explores these themes she circles toward a central argument: the awakening of a wider ecological consciousness requires the acknowledgement and celebration of our reciprocal relationship with the world. Once we begin to listen for the languages of other beings, we can begin to understand the innumerable life-giving gifts the world provides us and learn to offer our thanks, our care, and our own gifts in return.

Introduce yourself. Be accountable as the one who comes asking for life.

Ask permission before taking. Abide by the answer.

Take only what you need. Take only that which is given.

Never take more than half. Leave some for others.

Harvest in a way that minimizes harm.

Use it respectfully. Never waste what you have taken. Share.

Give thanks for what you have been given.

Give a gift, in reciprocity for what you have taken.

Sustain the ones who sustain you and the earth will last forever.

The traditional ecological knowledge of indigenous harvesters is rich in prescriptions for sustainability. They are found in Native science and philosophy, in lifeways and practices, but most of all in stories, the ones that are told to help restore balance, to locate ourselves once again in the circle.

Ashinaabe elder Basil Johnston tells of the time our teacher Nanabozho was fishing in the lake for supper, as he often did, with hook and line. Heron came striding along through the reeds on his long, bent legs, his beak like a spear. Heron is a good fisherman and a sharing friend, so he told Nanabozho about a new way to fish that would make his life much easier. Heron cautioned him to be careful not to take too many fish, but Nanabozho was already thinking of a feast. He went out early the next day and soon had a whole basketful of fish, so heavy he could barely carry it and far more than he could eat. So he cleaned all those fish and set them out to dry on the racks outside his lodge. The next day, with his belly still full, he went back to the lake and again did what Heron had showed him. “Aah,” he thought as he carried home the fish, “I will have plenty to eat this winter.”

Day after day he stuffed himself and, as the lake grew empty, his drying racks grew full, sending out a delicious smell into the forest where Fox was licking his lips. Again he went to the lake, so proud of himself. But that day his nets came up empty and Heron looked down on him as he flew over the lake with a critical eye. When Nanabozho got home to his lodge he learned a key rule—never take more than you need. The racks of fish were toppled in the dirt and every bite was gone.

Cautionary stories of the consequences of taking too much are ubiquitous in Native cultures, but it’s hard to recall a single one in English. Perhaps this helps to explain why we seem to be caught in a trap of overconsumption, which is destructive to ourselves.

I once met an engineering student visiting from Europe who told me excitedly about going ricing in Minnesota with his friend’s Ojibwe family. He was eager to experience a bit of Native American culture. They were on the lake by dawn and all day long they poled through the rice beds, knocking the ripe seed into the canoe. “It didn’t take long to collect quite a bit,” he reported, “but it’s not very efficient. At least half of the rice just falls in the water and they didn’t seem to care. It’s wasted.” As a gesture of thanks to his hosts, a traditional ricing family, he offered to design a grain capture system that could be attached to the gunwales of their canoes. He sketched it out for them, showing how his technique could get 85 percent more rice. His hosts listened respectfully, then said, “Yes, we could get more that way. But it’s got to seed itself for next year. And what we leave behind is not wasted. You know, we’re not the only ones who like rice. Do you think the ducks would stop here if we took it all? Our teachings tell us to never take more than half.”

Imagination is one of our most powerful tools. What we imagine, we can become. I like to imagine what it would be like if the Honorable Harvest were the law of the land today, as it was in our past. Imagine if a developer, eyeing open land for a shopping mall, had to ask the goldenrod, the meadowlarks, and the monarch butterflies for permission to take their homeland. What if he had to abide by the answer?

This gray area yields then to a rule more primal than need, an old teaching nearly forgotten now in the din of industry and technology. Deeply rooted in cultures of gratitude, this ancient rule is not just to take only what you need, but to take only that which is given.

At the level of human interaction, we already do this. It’s what we teach our kids. If you’re visiting your sweet grandma and she offers you homemade cookies on her favorite china plate, you know what to do. You accept them with thank you’s and cherish the relationship reinforced by cinnamon and sugar. You gratefully take what has been given. But you wouldn’t dream of breaking into her pantry and just taking all the cookies without invitation…grabbing her china plate for good measure.

As a culture though, we seem unable to extend those good manners to the natural world. The dishonorable harvest has become a way of life—we take what doesn’t belong to us and destroy it beyond repair: Onondaga Lake, the Alberta Tar Sands, the rainforests of Malaysia, the list is endless. They are gifts from our sweet Grandmother Earth, which we take without asking. How do we find the Honorable Harvest again?

If we’re picking berries or gathering nuts, taking only what is given makes a lot of sense. They offer themselves and by taking them we fulfill our reciprocal responsibility. After all, the plants have made these fruits with the express purpose of our taking them, to disperse and plant. By our use of their gifts, both species prosper and life is magnified. But what about when something is taken without a clear avenue for mutual benefit, when someone is going to lose?

How can we distinguish between that which is given by the earth and that which is not? When does taking become outright theft? I think my elders would counsel that there is no one path, that each of us must find our own way. In my wandering with this question, I’ve found dead ends and clear openings. Discerning all that it might mean is like bushwhacking through dense undergrowth. Sometimes I get faint glimpses of a deer trail.

This event is part of “The Country and the City program: Common Ground in the Prairie State?,” a year-long, statewide initiative will feature text-based discussions of issues that affect both rural and urban Illinois communities, involving panelists who are well-versed in those issues from both perspectives.