The history of Illinois’ first capital, Kaskaskia, offers a multilayered story that is essential to the stories of our state and our country. Join us for a video premiere exploring Kaskaskia in all its complexity. 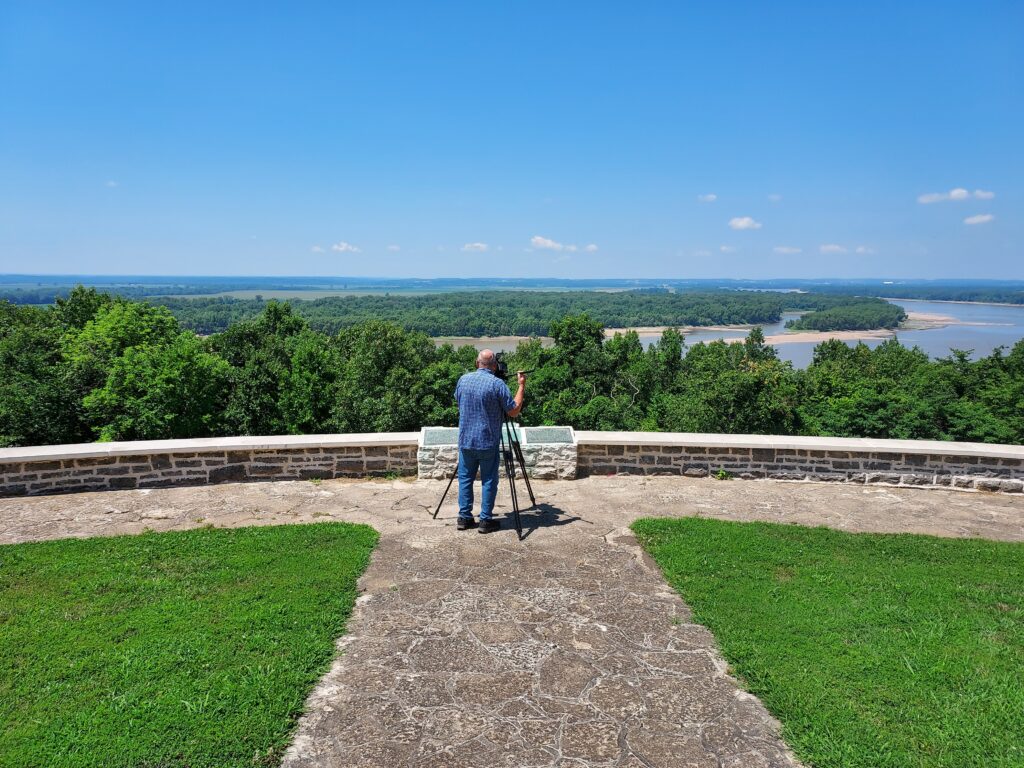 Program Manager for Statewide Engagement Matt Meacham will take viewers on a tour of Kaskaskia’s history from its founding by Kaskaskia Indians and French Jesuits near the confluence of the Kaskaskia and Mississippi rivers in 1703 to the present, encompassing its integration into the newly independent United States in 1778 and designation as Illinois’s territorial capital and first state capital.

The historical narrative will also describe Kaskaskia’s disintegration following the Mississippi River’s erosion-induced change of course in 1881, as well as the formation of latter-day Kaskaskia in the center of the resulting island. Now accessible only by way of Missouri, it persists as one of Illinois’s smallest, yet most historic, municipalities, thanks to its residents’ dedication.

Additionally, the video premiere will discuss the experiences of the Kaskaskia Tribe. Members of that tribe initially comprised the majority of Kaskaskia’s residents and remained integral to the community’s social fabric for much of its history.

A sign welcomes visitors to present-day Kaskaskia on Kaskaskia Island. The truck at right was involved in the corn harvest, which was in progress when this photograph was taken in September 2021. -Photo by Matt Meacham

Bruce Baldwin, primary videographer/producer for “Kaskaskia and the Pursuit of a More Perfect Union,” films at the overlook at Fort Kaskaskia State Historic Site, which faces west toward the Mississippi River and the northern end of Kaskaskia Island. The plaques situated on the overlook wall contain “To a Sunken City: Kaskaskia,” a sonnet by Randolph County poet Louis William Rodenberg (1891-1966) lamenting the destruction of most of the town following the Mississippi River’s change of course in 1881. -Photo by Matt Meacham