The Illinois Humanities Council, in partnership with the Inner-City Muslim Action Network (IMAN), and the Chicago Council on American-Islamic Relations (CAIR-Chicago) present… 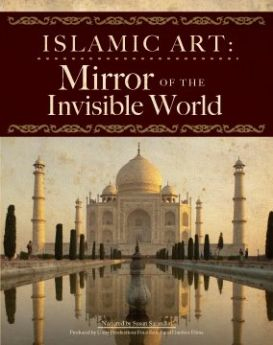 Join us for a film screening and panel discussion of Islamic Art: Mirror of the Invisible World, a documentary film narrated by Susan Sarandon.

This new ninety-minute film takes audiences on an epic journey across nine countries, including Turkey, Spain, Mali, and Israel, and over 1,400 years of history. The film explores the richness of Islamic art in objects big and small, from great ornamented palaces and mosques to the exquisite beauty of ceramics, carved boxes, paintings and metal work. It finds commonalities in a shared artistic heritage with the West and East.

“Islamic Art: Mirror of the Invisible World is a stunning achievement in documentary film making. It opens a window onto a sight of Islam so often neglected in the west. The aesthetic, beauty, and culture offer an opening for us all to start a dialogue on the values that we share and hold in common.” –Karen Armstrong, Award-Winning Author, A History of God: The 4,000-Year Quest of Judaism, Christianity and Islam

A post-screening panel will discuss the film’s themes including how art and other cultural means can become starting points to become more familiar with the people, places, history, faith, and cultures of Muslims around the world and within the U.S.

This event is free and open to the public. However, reservations are required and can be made online, via email at events@prairie.org, or via phone at 312.422.5580.

We are pleased to partner with the Chicago Council on American-Islamic Relations (CAIR-Chicago) and the Inner-City Muslim Action Network (IMAN).

This event is part of “Bridging Divides,” a series that draws on the humanities to help local communities address seemingly intractable social, cultural and political divides. The “Bridging Divides” series is made possible in part by the generous support of The Boeing Company and is part of the IHC’s Conversations on Contemporary Issues program.