This panel explores Hollywood’s depiction of slavery in Twelve Years a Slave as a representation of blackness in America within the context of wider historical and cultural frameworks. 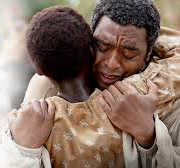 The panel discussants bring together African, African-American and Caribbean nineteenth century culture and history, including Solomon Northrup’s original text, as a lens to understand the 2014 Oscar award-winning film by Steve McQueen.

Lincoln T. Beauchamp, Jr. otherwise known as ‘Chicago Beau,’ is a band leader, harmonica player, vocalist, and author born on the south side. He has recorded and performed for over 40 years, received the CLIO award (the American advertising industry’s highest honor) for music that was used during the 1991-92 season by NBA Champions Chicago Bulls. In addition to founding Literati Internazionale, a publishing company dedicated to Blues writing and multiculturalism, he has published his writing in over fifteen journals, books, and magazines.

Haj Gueye is the founder of HAJ Designs, Inc. and winner of the Young Designer of the Year Award for three consecutive years in Paris. Haj is a third-generation designer trained under the strict guidance of his father, Barra Gueye, a well- known designer who created apparel for French and West African aristocracy as well as World War II officers.

Robert Hanserd, PhD is a Lecturer of History in the Department of Humanities, History, and Social Sciences at Columbia College Chicago. His research includes pre-colonial West African social practices, political culture, and cosmological inspirations of slave and free-black struggles for freedom in the Caribbean and North America.

John Zeigler is a counselor, educator, community and social activist, lobbyist, therapist, researcher, and creative artist and is active in several Chicago communities. Currently, he is the Director of the Egan Office of Urban Education and Community Partnerships (UECP) at the Steans Center, adjunct faculty in Community Service Studies at DePaul University, and the Coordinator of the Englewood Community Cultural Planning Council and the Executive Director of ConneXtions International.

This event is part of Intersections, a lively series of lectures and discussions investigating and celebrating the complexity of contemporary culture and the arts, and is co-sponsored by the Department of Humanities, History, and Social Sciences in the School of Liberal Arts and Sciences at Columbia College Chicago.

This event is presented by the Intersections program series at Columbia College Chicago as part of The Collaborative City, a program of the Illinois Humanities Council, in partnership with the Chicago Department of Cultural Affairs and Special Events (DCASE).