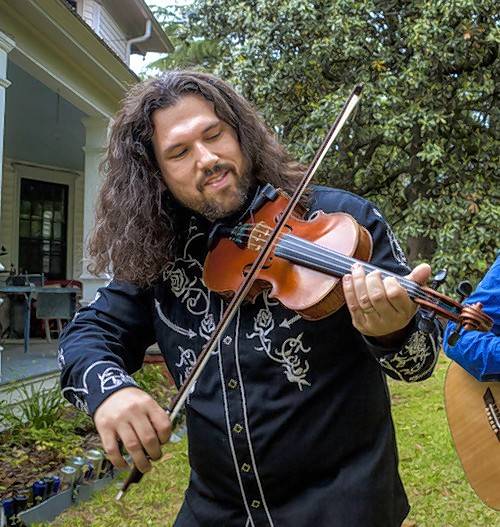 New France once stretched from the St. Lawrence River of Canada to New Orleans, and within its’ territory lived a vast population of French colonists almost as diverse as they were strong. With the coming of new borders and the formation of new countries like Canada and The United States, these French founders would find themselves divided and even isolated. But their cultures have remained, still existing after two centuries of isolation.

This program will take audiences on a journey of discovery where they will hear the history of their arrival, the French dialects they still speak, and the unique music they still perform. And most important, through story and song, played on “Creole Fiddle,” audiences will have fun learning how the French of “The Illinois Country” serve almost as a time capsule for their cousins to the north and south. With a “dash” of Cajun and a “pinch” of Quebecois this program will show how Illinois Creole culture bridges the continental expanse from Canada to Louisiana.

This event is Free and Open to the public. For more information, please contact Cecille Gerber at cecillegrbr2@gmail.com.

Learn more about Dennis Stroughmatt, this program, and how to book it.