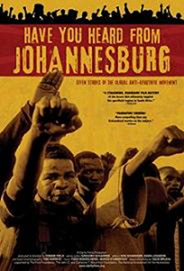 As part of our ongoing Bridging Divides series, join us for a film screening and discussion that explores the often forgotten history of how ‘ordinary’ Americans stood up to bridge the gap between their ideals and American foreign policy.

The movement to end apartheid in South Africa (1948-1994) became a global struggle that culminated with the 1994 election of Nelson Mandela as the country’s first black President. It may be surprising to remember that the United States government was one of South Africa’s most important allies, and supported the apartheid regime as late as 1986.

We will be screening “From Selma to Soweto”, the fifth episode of the award-winning film series Have You Heard from Johannesburg, which recounts the local, grassroots efforts in Chicago and across the United States 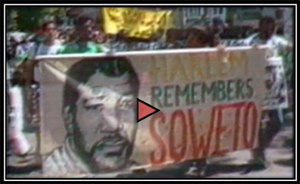 to change foreign policy toward the South African government in the 1980’s.

Following the screening, the film’s Producer and Director Connie Field will be joined by a distinguished panel to discuss the film and the significance of this important, yet often overlooked recent history.

The event is free and open to the public. However, registration is required and can be made online, via email, or by calling 312.422.5580. More about the film.

We are pleased to partner with the South African Consulate General in Chicago.

This event is part of Bridging Divides, a series that draws on the humanities to help local communities address seemingly intractable social, cultural and political divides. The Bridging Divides series is made possible in part by the generous support of The Boeing Company and is part of the IHC’s Conversations on Contemporary Issues program.