While many credit former Chicago first lady Eleanor “Sis” Daley with saving the Chicago Cultural Center from the wrecking ball, the realty is the building was saved as the result of the efforts of a dedicated band of preservationists, led by Charles Staples, who waged a seven-year volunteer battle. 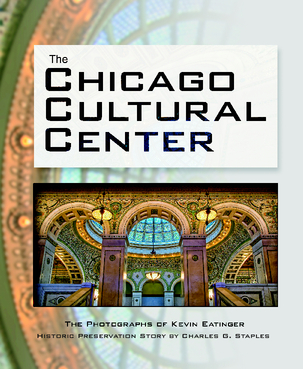 Charles Staples will recount the arc of the campaign that produced one of the earliest and most significant victories in Chicago’s long struggle to save its architectural legacy. Staples worked with the Chicago Heritage Committee to preserve the Chicago Cultural Center building and get it listed on the National Register of Historic Places. Staples will also share details of the four-volume archive he compiled on the effort to preserve the building, starting with its origins as “a sort of stepchild of the great Chicago Fire of 1871.”

Photographer Kevin Eatinger will also present his stunning photos of the building from his book called “The Chicago Cultural Center.”

This event is presented by the Friends of Downtown as part of The Collaborative City, a program of the Illinois Humanities Council, in partnership with the Chicago Department of Cultural Affairs and Special Events (DCASE).

Founded in 1981, Friends of Downtown is a nonprofit organization dedicated to promoting and celebrating downtown Chicago. Friends of Downtown has held monthly lunchtime lectures for decades featuring a wide array of speakers including public officials, preservationists, authors, cultural figures, urban planners, and architects.