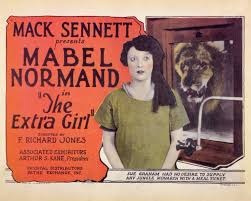 In The Extra Girl, the charming Mabel Normand stars as a small-town girl who receives a Hollywood studio contract by mistake. 1923. Romantic comedy. 68 minutes.