In 1818, Illinois entered the United States with a Constitution declaring itself a free state, following the guidance of the 1787 Northwest Ordinance, which outlawed slavery north of the Ohio River. But slavery’s roots went back centuries in the region, and its hold on the young state was strong. In the first years of statehood, the Illinois legislature had a number of proslavery advocates who made a bold attempt to change the Constitution to allow slavery. They had already succeeded in building in limited slavery clauses into the 1818 Constitution which were to sunset in 1825, and they now wished to expand this foothold. Other voices vehemently fought against them, ultimately prevailing to preserve the free state.

Who were these voices advocating for a permanent constitutional change to allow slavery? And who stood up against them, preserving the free state of Illinois we know? And ultimately, in what ways did these opposing voices support Black lives, or not? 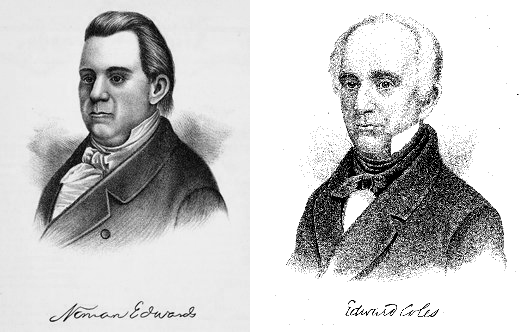 While stories of prominent antislavery figures from later years are more widely recognized (Elijah Lovejoy, Abraham Lincoln), the very early years of statehood were marked by a significant struggle for and against slavery that illuminates the inheritance of what some called “old slavery” in the region, and what was often benignly masked as “servitude.”

But their voices are only part of the story, as their rationales for or against slavery were not simply black and white, so to speak. The complexities of their rationales, their backgrounds and views, and the forces that shaped their views will be illuminated. Connections to current debates and our inherited legacies of racial understandings will be explored. Q and A will follow the presentation.

This event is free and open to the public, and will also be livestreamed. For more information and the zoom link, visit https://campdubois.com/ or contact Benjamin Pollard at benjamin.pollard@illinois.gov.

Learn more about Caroline M. Kisiel, this program, and how to book it.