The American Dream is that dream of a land in which life should be better and richer and fuller for everyone, with opportunity for each according to ability or achievement… regardless of the fortuitous circumstances of birth or position.” -James Truslow Adams, 1931

“It’s like the American Dream in reverse.” -President Barack Obama on the financial crisis, 2009 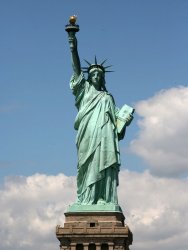 In the past several years, debt and lending have become a topic of national conversation like never before. During the financial crisis of 2009, subprime mortgages and home foreclosures dominated the headlines. This March, President Obama signed a “Student Aid Bill of Rights” designed to protect borrowers: “higher education is, more than ever, the surest ticket to the middle class,” said the President.

The IHC invites you to join us as we examine the past, present and future of debt in American life in a conversation that connects economics, policy and culture. 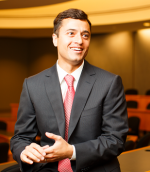 Amir Sufi is the Chicago Board of Trade Professor of Finance at the University of Chicago Booth School of Business. His recent research on household debt and the economy has been profiled in major national media outlets, and has also been presented to national policy-makers. This research forms the basis of his book co-authored with Atif Mian: House of Debt: How They (and You) Caused the Great Recession and How We Can Prevent It from Happening Again (2014), which was shortlisted for selection as the Financial Times’ Best Business Book of 2014. 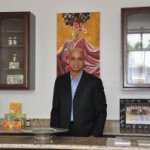 Annie McClanahan is Assistant Professor of English at the University of Wisconsin-Milwaukee specializing in 21st-century literature and culture. She is currently at work on a book titled “Dead Pledges: Debt, Crisis, and Twenty-First Century Culture.” Theorizing new modes of uncertainty and belief, character and credibility, social cohesion and collective default, “Dead Pledges” explores how cultural texts have been compelled to account for the expansion and collapse of a financialized credit economy. 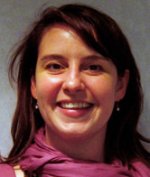 Anna Kornbluh is Associate Professor of English at the University of Illinois at Chicago. Her research and teaching interests center on Victorian literature and critical theory. She is the author of Realizing Capital: Financial and Psychic Economies in Victorian Form (2014), and her essays have appeared or are forthcoming in ELH, Novel: A Forum on Fiction, Henry James Review, Mediations, and elsewhere.

This event is free and open to all age (Photo ID Required). However, registration is required and can be made online.