If you missed the program, you watch the full recording here: http://bit.ly/desmond-live

Love Will Win the Day: A Conversation with Desmond Meade

Join Illinois Humanities for an intimate conversation with author and voting rights activist Desmond Meade about his inspiring book Let My People Vote: My Battle to Restore the Civil Rights of Returning Citizens. The conversation will explore Desmond’s life, his first-hand experiences with the criminal legal system, and his ongoing fight for returning citizens’ rights to fully reenter society.

Desmond will be joined in conversation by Tyreece Williams, Program Manager of Envisioning Justice. This event will be held on Zoom and include a live audience Q&A. You can purchase Let My People Vote: My Battle to Restore the Civil Rights of Returning Citizens here.

This event is in partnership with Women & Children First.

Desmond Meade is a formerly homeless returning citizen who overcame many obstacles to eventually become the President of the Florida Rights Restoration Coalition (FRRC), Chair of Floridians for a Fair Democracy, and a graduate of Florida International University College of Law.

As President and Executive Director of FRRC, which is recognized for its work on voting and criminal justice reform issues, Desmond led the FRRC to a historic victory in 2018 with the successful passage of Amendment 4, a grassroots citizen’s initiative which restored voting rights to over 1.4 million Floridians with past felony convictions. Amendment 4 represented the single largest expansion of voting rights in the United States in half a century and brought an end to 150 years of a Jim Crow-era law in Florida.

Recognized by Time Magazine as one of the 100 Most Influential People in the World for 2019, Desmond presently leads efforts to empower and civically re-engage local communities across the state, and to reshape local, state, and national criminal justice policies. His work has resulted in being named Floridian and Central Floridian of the Year 2019.

A sought-after speaker, Desmond has made numerous appearances on radio and television, and has spoken before national organizations such as the United States Conference of Catholic Bishops, and Bread for the World. Desmond has testified before Congressional members and staffers and was a part of a delegation to the United Nations where he gave testimony regarding disenfranchisement in Florida. Desmond orchestrated a historic meeting at the White House between returning citizens and President Obama’s administration. He has appeared on numerous shows such as Al-Jazeera, Democracy NOW, MSNBC with Joy Ann Reid, FOX News with Dana Perino and Tucker Carlson, Samantha Bee, and All In with Chris Hayes. He is a guest columnist for the Huffington Post in which one of his articles about the death of Trayvon Martin garnered national attention. Desmond has been featured in several newspaper and magazine articles and was chosen as a “Game Changer” by Politic 365, as well as being recognized as a “Foot Soldier” on the Melissa Harris-Perry Show on MSNBC.

Desmond is married and has five beautiful children.

About Let My People Vote: My Battle to Restore the Civil Rights of Returning Citizens

Let My People Vote is the deeply moving, personal story of Meade’s life, his political activism, and the movement he spearheaded to restore voting rights to returning citizens who had served their terms. Meade survived a tough childhood only to find himself with a felony conviction. Finding the strength to pull his life together, he graduated summa cum laude from college, graduated from law school, and married. But because of his conviction, he was not even allowed to sit for the bar exam in Florida. And when his wife ran for state office, he was filled with pride—but not permitted to vote for her.

Meade takes us on a journey from his time in homeless shelters, to the exhilarating, joyful night in November of 2018, when Amendment 4 passed with 65 percent of the vote. Meade’s story, and his commitment to a fully enfranchised nation, will prove to readers that one person really can make a difference.

This program will build on the conversation about reentry to be explored in the latest Illinois Humanities-produced Envisioning Justice Rapid Response series, airing July 14. Rapid Response: RE-ENTRY will share perspectives from artists, humanists, and organizers to encourage us to reexamine perceptions of returning citizens and pose questions about existing approaches to accountability.

Register below to attend this event on Zoom and participate in the audience Q&A. Audiences can also watch the conversation live on our YouTube channel. 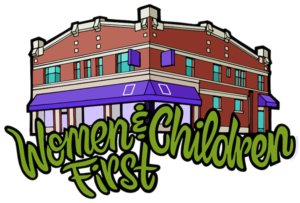