YOU CAN WATCH THE FULL PANEL DISCUSSION HERE!

Please join us for a two-part experience:

First, between October 14th and October 16th, have your own private screening of the feature-length documentary Aggie, which explores the nexus of art, race, and justice through the story of art collector and philanthropist Agnes “Aggie” Gund’s life. Emmy-nominated director, Catherine Gund, focuses on her mother’s journey to give viewers an understanding of the power of art to transform consciousness and inspire social change.

Then, on Friday, October 16 at 12 PM CT, join a conversation between the filmmaker, artists Maria Gaspar and Xaviera Simmons, and Terrence Bogans of the Art for Justice Fund. This conversation will be moderated by Mae Hong, Vice President at Rockefeller Philanthropy Advisors, and our board chair at Illinois Humanities.

While justice-minded communities increasingly call for the reallocation of civic funds and resources, this conversation explores the unique efforts of Agnes Gund to transform a work of art into a movement to end mass incarceration. We are looking forward to being in community and conversation with those who can join us.

Once you’ve registered below, you will receive a confirmation email including a link to the virtual conversation on October 16th. A secure link will be circulated in a follow-up email which will allow you to watch the film at your convenience from Wednesday, October 14th at noon through Friday, October 16th before the discussion.

Aggie is a feature-length documentary that explores the nexus of art, race, and justice through the story of art collector and philanthropist Agnes “Aggie” Gund’s life. Emmy-nominated director Catherine Gund focuses on her mother’s journey to give viewers an understanding of the power of art to transform consciousness and inspire social change. Aggie is internationally recognized for her robust and prescient support of artists–particularly women and people of color–and her unwavering commitment to social justice issues. After falling in love with art as a high-school student, Aggie discovers a new way of looking at the world. The film opens with Aggie selling Roy Lichtenstein’s “Masterpiece” For $165 million to start the Art for Justice Fund. The proceeds from one of the highest-grossing artworks ever sold fuel a monumental effort to reform the American criminal justice system and end mass incarceration. The film captures Aggie as a true maverick who demonstrates the unique role and potential of collectors and benefactors to use art to fight justice. This is untapped terrain, and we see Aggie leading the way.

You can learn more and watch the full trailer here. 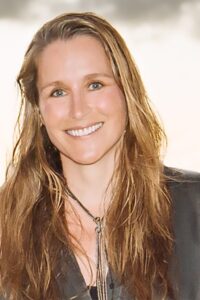 Catherine Gund (panelist) is the Founder of Aubin Pictures, Gund is an Emmy-nominated producer, director, writer, and activist. Her media work focuses on strategic and sustainable social transformation, arts and culture, HIV/AIDS and reproductive health, and the environment. Gund’s most recent projects include: Dispatches from Cleveland, a five-chapter documentary that looks at the police murder of 12-year-old Tamir Rice; and Chavela, a documentary about the life of the iconic Latin-American gender-bending diva, Chavela Vargas. Her past films include America, Born to Fly, What’s On Your Plate?, A Touch of Greatness, Motherland Afghanistan, Making Grace, On Hostile Ground, and Hallelujah! Ron Athey, which have screened around the world in festivals, theaters, museums, and schools; on PBS the Discovery Channel, Sundance Channel, Netflix, and Amazon. 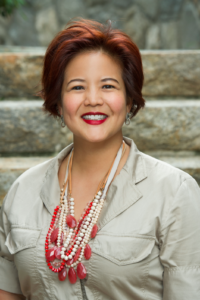 Mae Hong (moderator) leads the Chicago office of Rockefeller Philanthropy Advisors and is responsible for serving individual donors, families, foundations, and corporations throughout the Midwest. In addition to providing high-touch, custom services to help clients manage their charitable giving, develop effective strategies, and discover the joy in their philanthropic journey, she is also a frequent speaker and writer about issues, trends, and ideas in philanthropy.

With nearly 25 years of nonprofit and philanthropy experience, she previously served as Program Director at the Field Foundation of Illinois. Her funding expertise includes children, youth, and families; poverty alleviation; women’s and girls’ issues; and advocacy. She has also been actively involved in RPA’s leadership on the issue of diversity in philanthropy. Prior to entering the nonprofit sector, she worked in the publishing industry for several years.

Mae currently serves as the board chair of Illinois Humanities and is on the board of the Council on Foundations. Other leadership affiliations include the Advisory Board of the Lake Institute on Faith and Giving at the Lilly Family School of Philanthropy at Indiana University, and Leadership Council of the Dorothy A. Johnson Center at Grand Valley State University. She completed her graduate work in social service administration at The University of Chicago and is a graduate of Northwestern University’s Medill School of Journalism. 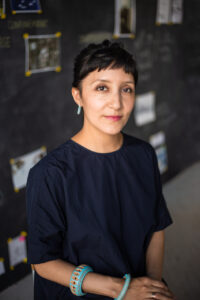 Maria Gaspar (panelist) is an interdisciplinary artist whose work addresses issues of spatial justice in order to amplify, mobilize, or divert structures of power through individual and collective gestures. Through installation, sculpture, sound, and performance, Gaspar’s practice situates itself within historically marginalized sites and spans multiple formats, scales, and durations to produce liberatory actions. Gaspar’s projects have been supported by the Art for Justice Fund, the Robert Rauschenberg Artist as Activist Fellowship, the Creative Capital Award, the Joan Mitchell Emerging Artist Grant, and the Art Matters Foundation.

Maria has received the Sor Juana Women of Achievement Award in Art and Activism from the National Museum of Mexican Art, and the Chamberlain Award for Social Practice from the Headlands Center for the Arts. Gaspar has exhibited extensively at venues including the Contemporary Arts Museum, Houston, TX; the Luminary, St. Louis, MO; MoMA PS1, New York, NY; and has led a decade’s long social practice project inside and outside Cook County Jail, Chicago.

She is an Associate Professor at the School of the Art Institute of Chicago, holds an MFA from the University of Illinois at Chicago, and a BFA from Pratt Institute in Brooklyn, NY. 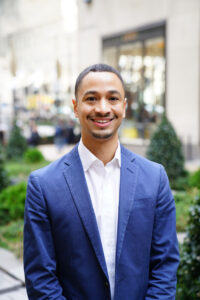 Terrence Bogans (panelist) is the Program Officer for the criminal justice strategy of the Art for Justice Fund. His primary focus is the Fund’s grantmaking function, working closely with the Ford Foundation and Rockefeller Philanthropy Advisors program staff to ensure effective implementation of grant protocol and monitoring grant awards, and maintaining consistent contact and communication with the Fund’s grantee partners.

Terrence comes to the Fund after years of both direct representation and policy-level advocacy within the criminal justice reform space. Most recently, Terrence was the Director of Bail Operations at the Brooklyn Community Bail Fund (BCBF), a nonprofit organization that pays bail for low-income New Yorkers. There he managed all aspects of bail payment, oversaw client referrals, and supervised a team of associates. Prior to BCBF, Terrence was a Public Defender at Brooklyn Defender Services, representing hundreds of clients per year. 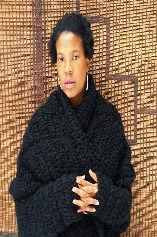 Xaviera Simmons (panelist) sweeping body of work includes photography, performance, choreography, video, sound, sculpture, and installation. Simmons received her BFA from Bard College (2004) after spending two years on a walking pilgrimage retracing the Trans-Atlantic Slave Trade with Buddhist Monks. She completed the Whitney Museum’s Independent Study Program in Studio Art (2005) while simultaneously completing a two-year actor-training conservatory with The Maggie Flanigan Studio, NY. Simmons’ works are in major museum and private collections including The Museum of Modern Art, New York; Deutsche Bank, New York; UBS, New York; The Guggenheim Museum, New York; The Agnes Gund Art Collection, New York; The Museum of Contemporary Art, Chicago; The Studio Museum in Harlem; ICA Miami; Perez Art Museum Miami; The Weatherspoon Art Museum, Greensboro; The Nasher Museum of Art, Durham; The High Museum, Atlanta; among many others.  She was a visiting lecturer and the Solomon Fellow at Harvard University (2020)  and has been awarded The Charles Flint Kellogg Award in Arts and Letters from Bard College this summer. This fall and winter 2021 Simmons will have works on view at Socrates Sculpture Park, NY, Times Square NY, Columbia University, and The Moody Gallery at Rice University among many other exhibitions.

This event is presented by Illinois Humanities in partnership with the School of the Art Institute of Chicago’s Department of Exhibitions and Exhibition Studies. Access to the film is provided by Strand Releasing.

Envisioning Justice is funded by the Art for Justice Fund, Andrew W. Mellon Foundation, and the John D. and Catherine T. MacArthur Foundation as part of the Safety and Justice Challenge.