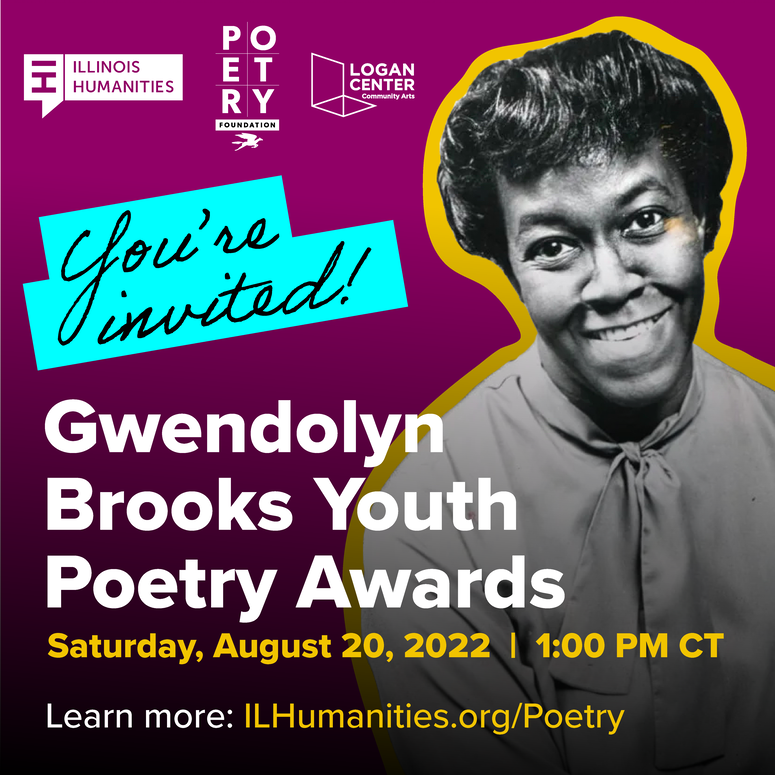 Join us to celebrate the creativity and talent of youth poets in Illinois at the 2022 Gwendolyn Brooks Youth Poetry Awards on August 20, 2022. Poets from kindergarten through 12th grade will perform their winning poems at the Reva and David Logan Center for the Arts in a public ceremony featuring special guests and a short film screening. Illinois Poet Laureate Angela Jackson will give a reading to honor the young poets and the legacy of Gwendolyn Brooks, the first Black author to win a Pulitzer Prize.

Gwendolyn Brooks began the Youth Poetry Awards in 1969 during her time as Illinois Poet Laureate and continued the awards until her passing in 2000. Illinois Humanities joined together with the Poetry Foundation, Brooks Permissions, and the Reva and David Logan Center for the Arts to revive the youth poetry awards in 2017 to honor her tremendous legacy. Brooks summed up the contest best in a note in 1977: “All the children who entered the contest are winners…They worked hard. They created. And that is what is important.”

The Gwendolyn Brooks Youth Poetry Awards are supported by:

National Endowment for the Humanities

Tis program is co-sponsored by the Reva and David Logan Center for the Arts. Learn more about the annual awards at: ILHumanities.org/Poetry. 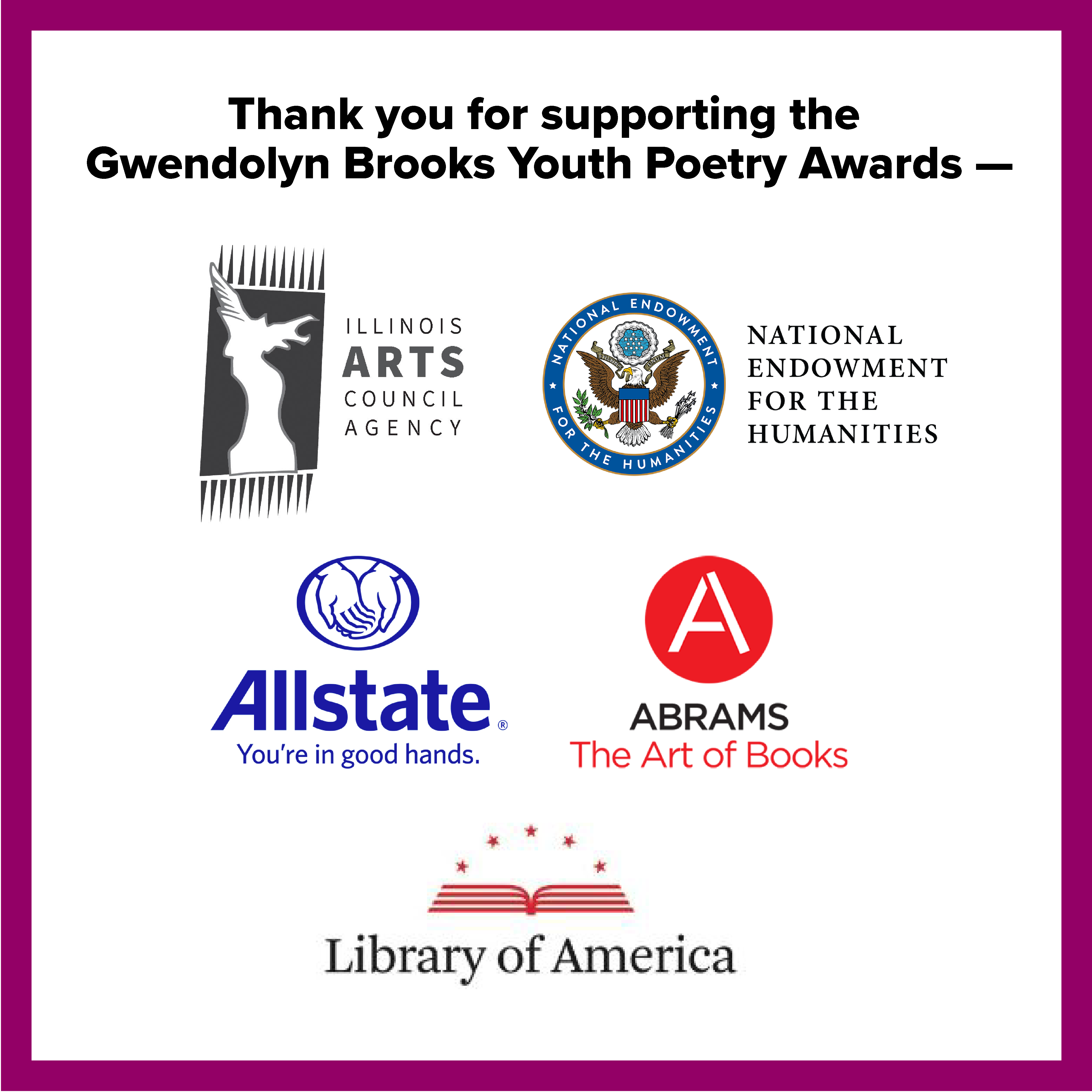