Cynthia Clampitt believes there are few things more rewarding in life than sharing important information with interested people. Her journey as a Road Scholar has made it possible to do exactly this in areas where people, though eager to learn, might not otherwise have access to good speakers. She enjoys the excitement and sense of connection with people in these communities and introducing valuable information to them.

How Corn Changed Itself and Then Changed Everything Else

How Corn Changed Itself and Then Changed Everything Else

In this lecture, Cynthia Clampitt will present the history of corn and how it transformed the Americas before First Contact, how it traveled the world after First Contact, and its stunning impact on the creation of not only the historic Midwest but just about everything in it. About 10,000 years ago, a weedy grass that grew in Mexico and possessed a strange trait known as a “jumping gene” transformed itself into a larger and more useful grass—the cereal grass that we would come to know as maize and then corn.

Most textbooks only mention corn in the context of rescuing a few early settlers, but it in fact sustained the colonies and then the early United States. Corn virtually created the Midwest, a region settled faster than any other region in history. It also created the region’s cities, especially Chicago, where everything from grain elevators, the Chicago Board of Trade, and the 1893 World’s Fair to time zones and the stockyards were made possible by the golden flood flowing into the city.

The presentation takes an hour, followed by a 30-minute Q&A. This presentation requires a lectern and, in larger venues, a microphone.

In this lecture, Cynthia Clampitt presents the history of pigs and pork to examine the impact these animals had worldwide. Clampitt will focus on the Midwest, including why poet Carl Sandburg would call Chicago “Hog Butcher for the World.”

Pigs were the first food animals to be domesticated, so their history with humans dates back more than 12,000 years. However, antiquity is just one of the reasons why pork is the most eaten meat in the world. This odd, paradoxical animal offers a great range of advantages when it comes to feeding large populations—especially urban populations—though, historically, it has also offered several disadvantages. Once pigs were introduced to the Americas, they became an almost instant success, raised by settlers but also valued by Native Americans. As the Midwest opened, pigs moved west and numbers grew rapidly. From Cincinnati, known in the early 1800s as Porkoplis, the center of pork culture moved to Chicago.

Pigs offer culinary delight and potential medical advances, but also create some challenges. Join Clampitt in exploring the topic of pigs, which is as far-ranging as pigs themselves.

The presentation takes an hour, followed by a 30-minute Q&A. This presentation requires a lectern and, in larger venues, a microphone. 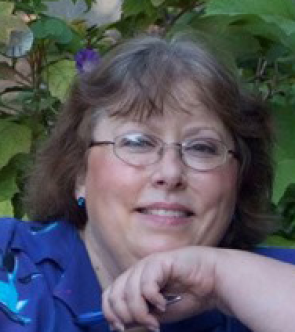 Cynthia Clampitt has been writing and talking about food history for thirty years and has authored two books of food history.

Cynthia has pursued her love of culture, history, and food in thirty-seven countries on six continents, but has in recent years increasingly focused on the American Midwest. She has written textbooks for every major educational publisher in the U.S., including the Colonial Williamsburg Foundation and National Geographic Learning. Cynthia is a member of the Culinary Historians of Chicago, the Society of Women Geographers, the Agricultural History Society, and the Midwestern History Association.

Step 2
Once you and Cynthia have agreed upon a date and time, complete the Road Scholars Host Organization application.