Presentation 1 - Antislavery Activism on the Frontier: The Story of the English Prairie

This is the forgotten story of the English Prairie settlement in early Illinois, and how they played an important role in keeping Illinois free from slavery. Morris Birkbeck and George Flower traveled from England in 1817 and settled in 1817/1818 in Edwards County, Illinois, at what is now the present-day town of Albion. The locale drew scores of English and American settlers at its height, forming one of the most important early statehood settlements. One of their main criteria for their new home as they traveled westward from the Atlantic seaboard was to settle in a location that was free from slavery. They appreciated the rolling prairie and rich agricultural possibilities of the Illinois territory, but as their settlement thrived, Birkbeck and Flower came to realize that “for all practical purposes, this part of the Territory was as much a slave-state as any of the states south of the Ohio River” (Flower, History of the English Settlement, 1882).

George Flower’s retrospective story of the English Prairie settlement, History of the English Settlement in Edwards County, Illinois, founded in 1817 and 1818, by Morris Birkbeck and George Flower (1882), chronicles the daily happenings of the community but also serves as a significant record of their observations of slave labor that was legally in practice at the salt mines near Shawneetown, as well as slaves he observed as “waiters in taverns, draymen, and used in all manner of work on the north side of the Ohio River.” Flower asserted: “A black man or a black woman was found in many families, in defiance of law, up to the confines of our Settlement, sixty miles north, and in one instance in it.”

This presentation draws on academic research for presentations that I have delivered at numerous historical conferences, and research I am conducting for a book. The presentation will be for more general audiences in non-profit/educational settings who wish to understand this critical period of early Illinois history. The presentation runs about 45-50 minutes. I am able to deliver this presentation virtually via Zoom, share a PowerPoint presentation with pictures, text excerpts, and scanned historical documents. My presentation style is telling the story of the community and referring to the slides (versus reading from a text). I can offer (a) slides of historical information, and a question-and-answer session that could have either preset questions from the hosting group, or be opened up to impromptu questions, depending on the group’s needs and goals; (b) facilitated audience engagement activities around critical questions of the value of history and activism through the themes of this story; or (c) a combination of delivery methods.

If the group has additional interactive/engagement needs, I can work with organizers to facilitate interactive polls or breakout rooms as part of the event.

This presentation is offered in English and Spanish.

Book this presentation by first scheduling a date with Caroline via email, then completing the Road Scholars Host Organization application. 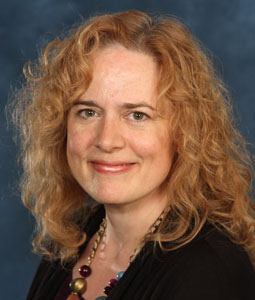 Presentation 2 - Did Black Lives Matter in Early Illinois? Voices from the Brink of Slavery and Freedom

In 1818, Illinois entered the United States with a Constitution declaring itself a free state, following the guidance of the 1787 Northwest Ordinance, which outlawed slavery north of the Ohio River. But slavery’s roots went back centuries in the region, and its hold on the young state was strong. In the first years of statehood, the Illinois legislature had a number of proslavery advocates who made a bold attempt to change the Constitution to allow slavery. They had already succeeded in building in limited slavery clauses into the 1818 Constitution which were to sunset in 1825, and they now wished to expand this foothold. Other voices vehemently fought against them, ultimately prevailing to preserve the free state.

Who were these voices advocating for a permanent constitutional change to allow slavery? And who stood up against them, preserving the free state of Illinois we know? And ultimately, in what ways did these opposing voices support Black lives, or not? This performance-presentation offers a dramatic reading/adaptation of the voices of three key proslavery figures (Territorial Governor, Ninian Edwards; secretary of the Illinois Territory, Joseph P. Phillips; and proslavery delegate, Adolphus Frederick Hubbard) and three antislavery figures (Governor Edward Coles; anti-convention legislator, Nicholas Hansen; English emigrant and Illinois Secretary of State, Morris Birkbeck) from this period.

While stories of prominent antislavery figures from later years are more widely recognized (Elijah Lovejoy, Abraham Lincoln), the very early years of statehood were marked by a significant struggle for and against slavery that illuminates the inheritance of what some called “old slavery” in the region, and what was often benignly masked as “servitude.” Historical records offer these six figures’ words, which will be given a voice in the twenty-first century through this performance-presentation.

But their voices are only part of the story, as their rationales for or against slavery were not simply black and white, so to speak. After hearing selections from these figures from the past, a brief presentation will illuminate the complexities of their rationales, their backgrounds and views, and the forces that shaped their views. Connections to current debates and our inherited legacies of racial understandings will be explored.

This performance-presentation draws on academic research for presentations that I have delivered at numerous historical conferences, research I am conducting for a book, and material I engage in with students in an academic course at DePaul University. The performance- presentation is for general audiences in non-profit/educational settings or school groups who wish to understand this critical period of early Illinois history. The performance-presentation runs about 45-50 minutes. I am able to deliver this performance-presentation virtually via Zoom, using the technology in creative ways. For the presentation portion, I will provide a conversational overview of the context of the day and share a PowerPoint presentation with pictures, text excerpts, and scanned historical documents. The structure of this performance-presentation includes: (a) dramatic readings of the words of these key figures in the slavery and abolition struggle in Illinois, (b) a conversational overview of key historical information, followed by (c) a question-and-answer period, which can include facilitated audience engagement activities around critical questions raised by the historical figures and the value of their activism for today. If the group has additional interactive/engagement needs, I can work with organizers to facilitate interactive polls or breakout rooms as part of the event. Beyond the basic tenets of the performance and presentation material, delivery methods can be flexibly combined.

This presentation is offered in English and Spanish.

Book this presentation by first scheduling a date with Caroline via email, then completing the Road Scholars Host Organization application.

Caroline Kisiel is a public historian and educator who has been teaching for over 25 years. With a background in immigration law, literature, history, storytelling, and performance, Caroline writes and presents on early Illinois history and is currently conducting research on the role of Albion, Illinois in the struggle to keep Illinois slavery-free in the early years of statehood. Her presentations showcase researched information, historical documents, dramatic readings, and can offer facilitated audience engagement activities around critical questions of the value of history and activism through themes of early Illinois struggles to keep slavery at bay in the state and key early Illinois figures in this period.

Since 1997, our Road Scholars Speakers Bureau has invited Illinois writers, storytellers, historians, folklorists, musicians, and living history actors, among others, to share their expertise and enthusiasm with people throughout our state. It also supports local nonprofit organizations – including libraries, museums, arts councils, historical societies, civic groups, and many others – in presenting free-admission cultural programs of high quality to their communities for a modest application fee, which can be waived if your organization is experiencing financial hardship.

Our Road Scholars Speakers Bureau roster features speakers hailing from many different communities across Illinois who offer presentations on topics in history, archaeology, philosophy, literature, theater, film, music, politics, and other subjects that are thought-provoking and engaging. The breadth of these offerings reflects our conviction that the humanities can help us to examine the world in all its varied shades and discover in it the remarkable, the strange, the fantastic, the tragic, the humorous, and the beautiful.

How to Book a Speaker

How to Become a Speaker